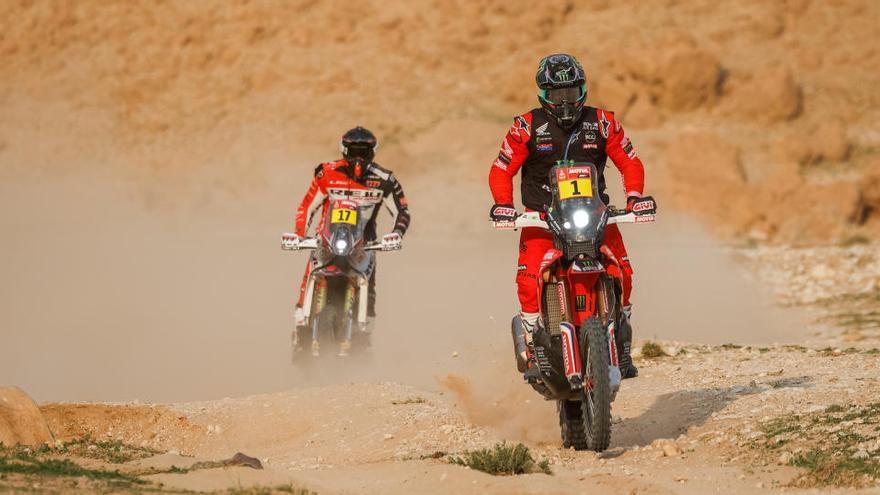 American Ricky Brabec, current champion of the Dakar Rally in the motorcycle category, this Sunday won the seventh stage, between Ha'il and Sakaka, with 284 kilometers of connection and 453 of special.

Monster Energy Honda Team Rider beat Chilean José Ignacio Cornejo for 2 minutes and 7 seconds (Honda), who finished second and is the new leader of the general classification. Improves the accumulated time of Australian Toby Price (KTM) by 1 second at the end of the seventh of twelve stages.

Only Ricky Brabec was able to surpass José Ignacio Cornejo this Sunday, who is confirmed as one of the favorites in this edition of the Dakar Rally, which for the second consecutive year, it is held in Saudi Arabia.

The fight in the general classification narrows and it is that, apart from the second that separates José Ignacio Cornejo and Toby Price, British Sam Suderland (+2: 11) and French Xavier De Soultrait (+2: 34) they are relatively close to the new leader.

The Argentinian Kevin Benavides fell to fifth position, on a bad day for him, and he is 7 minutes and 29 seconds behind the overall lead.

For its part, the Spanish Joan Barreda (Honda), winner of the previous stage, he lost 8 minutes and 57 seconds this Sunday and is sixth overall, 10 minutes and 18 seconds behind Cornejo.