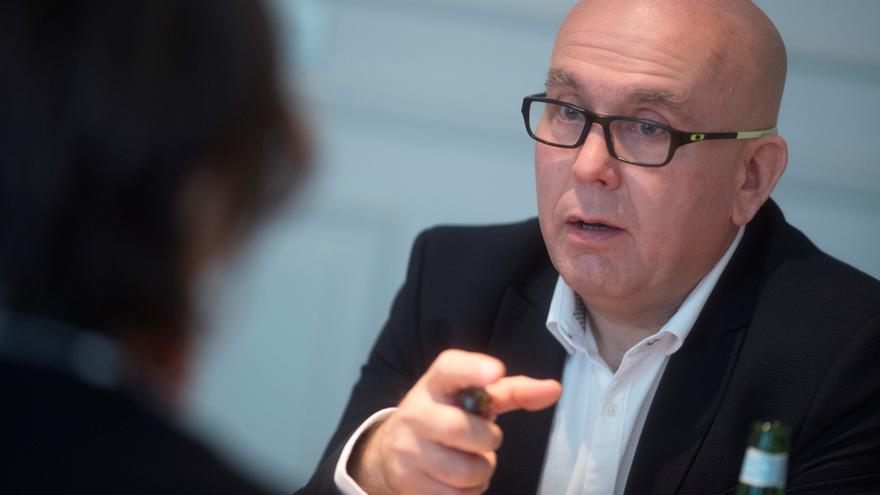 The lawyer Gonzalo Boye, along with more than 40 lawyers from associations belonging to the Coordinadora de Abogados de Catalunya, have filed a complaint in the Supreme Court against the magistrate of the National Court María Tardón for alleged crimes of prevarication and concealment of murder – -that of an alleged Colombian drug trafficker – for prosecuting said lawyer in the framework of the case about the Galician ‘narco’ ‘Sito Miñanco’.

The complaint is directed against the head of the Central Court of Instruction Number 3 for both crimes, but also against a lawyer from the administration of justice and the special anti-drug prosecutor Ignacio Miguel de Lucas Martín, who work in that same court, for the cover-up of murder. Tardón has prosecuted Boye for money laundering from drug trafficking in relation to the preparation of contracts for the sale of bills of exchange to allegedly recover more than 800,000 euros seized from the organization.

The plaintiffs understand that “neither Judge María Tardón nor Prosecutor Ignacio de Lucas have been interested throughout these two years in promoting an investigation into the murder allegedly committed by Manuel Andrés Puentes Saavedra both in Colombia and in Spain.” “On the contrary, they have covered it up, in order to protect this investigated, in exchange for seriously harming the lawyer Gonzalo Boye,” they have denounced.

They refer to the murder perpetrated on January 24, 2018 in the Colombian town of Pereira against Santiago Quintero Marín, an alleged ‘narco’ who would be related to the organization of ‘Sito Miñanco’, of which Boye and the other plaintiffs blame the ‘narco ‘sorry Manuel Andrés Puentes Saavedra, in what would be an internal reckoning.

Both Quintero Marín and Puentes Saavedra were being investigated in the case filed by Tardón for alleged operations in which it was intended to introduce almost four tons of cocaine into Spain and launder the money obtained from the drug. According to Boye, it is the statement of the second ‘narco’ that led the instructor to accuse him last January.

According to Tardón’s account, Puentes Saavedra and another defendant initiated a series of actions to recover the 889,620 euros from ‘Sito Miñanco’ intervened in a police operation carried out in 2017 at the Barajas airport, and in that context they met with Boye and another lawyer who offered to draw up false contracts for the sale of bills of exchange to justify the legal origin of the money.

The plaintiffs’ attorneys maintain that Tardón and De Lucas “took advantage of their positions and the role they perform to seriously harm Gonzalo Boye and obtain his prosecution for a crime of falsification of documents and money laundering from drug trafficking.”

To do this, they point out, “a judge and prosecutor simulated their intention to inform the Colombian authorities about the solid indications of the active participation of the investigated Manuel Andrés Puentes Saavedra in the murder of the co-investigator Santiago Quintero Marín.”

With this alleged maneuver, Tardón and De Lucas would have managed to get Puentes Saavedra to make a voluntary statement in which he incriminated Boye, after which he obtained provisional release, with the favorable report of the prosecutor.

“Manuel Andrés Puentes Saavedra has enjoyed provisional freedom since then and the indications of his ‘active’ participation in the murder of Santiago Quintero Marín have not been communicated to the Colombian authorities,” they emphasize.

Regarding the crime of prevarication attributed to Tardón, they are based on its resolutions of October 19, 2019, where it agreed to enter and search Boye’s private and professional homes, as well as in the order of December 14, 2010, that increases the secrecy of part of the content of the lawyer’s mobile phone and e-mail folder.

“The interference in his intimate and professional life, affecting the rights of third parties – preferably, his clients – was immense,” they argue, emphasizing that the judge would have been based solely on “the false and spurious statement” of Puentes Saavedra, who they say “has been rewarded with his freedom and impunity for the murder of Santiago Quintero.”

“The seriousness of the conduct of the accused magistrate is perceived from the point and moment in which, ostensibly departing from the consolidated jurisprudence regarding the statements of co-investigators, arbitrarily criminalizes the defense work of the lawyer Gonzalo Boye, thereby pursuing enormous damage personal, professional and reputational “they affirm, also pointing out that in this way” it undermines the democratic foundations on which defense work is based. ”

To all this, there would be added “the possible commission of a crime of disclosure of secrets by a public official or authority” because – they argue – Tardón “has illegally accessed confidential data concerning the defense work” of Boye.

In this sense, they draw attention to “the causes of great social and political relevance that it defends, such as the defense of Carles Puigdemont, Clara Ponsatí, Antoni Comín and Lluis Puig, both in Belgium and before the Court of Justice of the European Union , as well as before the Supreme Court itself, among others. ”

Boye represents the former Catalan president and the former councilors before the investigation led by the magistrate Pablo Llarena for their participation in the ‘procès’, whose main obstacles are that they are on the run – Puigdemont, Comín and Puig, in Belgium; and Ponsatí, in the United Kingdom – and that all except Puig are MEPs.