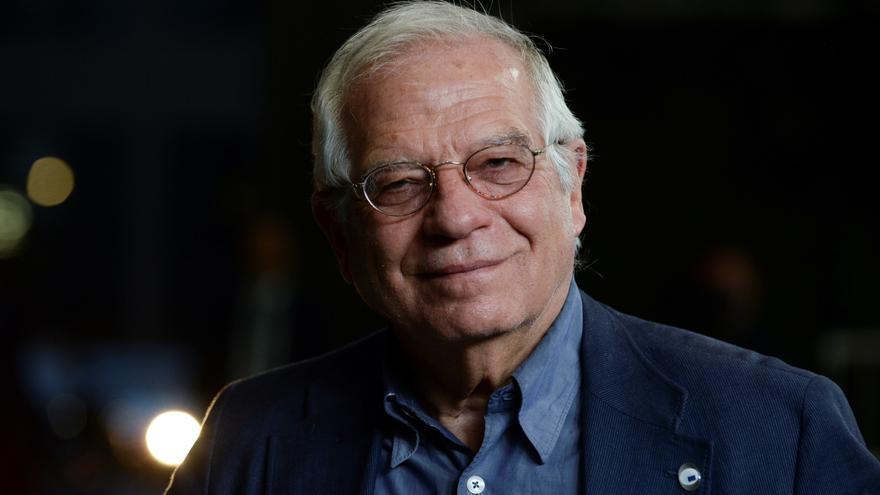 “Outstanding Spanish politician of the time of our Transition”, states Josep Borrell about Rodolfo Martín Villa. “He was a key figure in the politics of those years that made possible the construction of the current Spanish democracy,” says the then Foreign Minister and current High Representative of the Union for Foreign Affairs and Security Policy and Vice President of the European Commission. in a letter sent on May 17, 2019 to the Argentine ambassador to Spain, Federico Ramón Puerta. In those days, Judge Servini had just set September 9, 2019 as the date to summon Martín Villa to testify.

“Such exchanges are a normal practice in the context of issues related to consular protection of citizens,” said Borrell’s spokesman at the European Commission, who explained that it is “absolutely false” that he wrote “a letter to a Argentine judge in connection with Martín Villa’s investigation “. In effect, the letters have reached the judge through Martín Villa himself.

Jacinto Lara, one of the Argentine complaint attorneys, believes that Martín Villa presents Borrell’s letters to the judge with Borrell’s full knowledge, because “it would be unthinkable for him to do so without Borrell’s knowledge.” For the rest, Lara points out that the letters show “a very close position towards Martín Villa because of how he describes and defends him, regretting even that he wants to make a statement. He also talks about this affecting bilateral relations, introducing a threatening element in strictly diplomatic terms. “.

In his letter, Borrell reminds the ambassador that “the Judge has summoned Mr. Rodolfo Martín Villa to testify at his insistence to appear to wash his reputation.” “The desire of the interested party to appear in court may be debatable,” says Borrell, “but this is consistent with his biography and his way of being.”

The then Foreign Minister advised the ambassador: “It will not escape you, Mr. Ambassador, that this matter, although it is developed strictly [sic] judicial, it has very notable political aspects, both in the internal Spanish plane and in the framework of our bilateral relations that we must manage “.

The letter, along with others from four former presidents –Felipe de González, José María Aznar, José Luis Rodríguez Zapatero and Mariano Rajoy– has been provided by Martín Villa with a view to the investigative statement set for this Thursday, in which it is expected that the Former Minister of the Transition declares online from the Argentine embassy in Madrid for “crimes of aggravated homicide” in a context of crimes against humanity due to events such as those of the Sanfermines of 1978 (one dead, 150 injured) or the massacre of Vitoria March 3, 1976 (5 dead, more than 100 wounded), among others.

Martín Villa, in addition, has incorporated the letter that Borrell wrote on the same day, May 17, 2019, to the Spanish ambassador in Argentina, Javier Sandomingo Núñez. In it, the then Foreign Minister says to the head of the diplomatic legation: “I agree with you in your so positive and so fair assessment of Rodolfo’s person.” And he repeats: “The interested party’s desire to appear in court may be debatable,” says Borrell, “but this is consistent with his biography and his way of being.”

The now head of diplomacy added: “In this context, I would like Rodolfo to feel protected by that Embassy knowing that he is not going to request anything that is outside the normal protection to be granted to a Spanish citizen. , to interfere, not the least, in judicial decisions, but to show our closeness to the interested party “.

“We can establish a parallel with 2013”, adds the lawyer Jacinto Lara, “when the victims came to testify for the first time before the Argentine magistrate by conference. These statements were suspended by the Spanish Government, which appealed that there could be a serious problem in bilateral relations. Consular protection did not exist there, because it is selective, with Martín Villa there is consular protection because it is Martín Villa. ”

“Josep Borrell”, explains his spokesman, “in his capacity as Minister of Foreign Affairs of Spain, wrote in May 2019 to the Ambassador of Argentina in Spain and the Ambassador of Spain in Argentina about the investigation of a Spanish citizen. Said exchanges are normal practice in the context of issues related to consular protection of citizens “.

And he adds: “In fact, in his letter to the Spanish ambassador in Buenos Aires, Mr. Borrell requested to abstain from any action that could be considered as interference in the judicial process in the host country and to provide the usual consular assistance that it would be granted to any Spanish citizen ”.

What the European Commission has not revealed in its response is Borrell’s praise for Martín Villa included in the letters, nor that the then Foreign Minister speaks to warn the Argentine ambassador of the repercussions of the case on bilateral relations.

A dozen Spanish MEPs have written to the European Commission asking for explanations for the letters sent by Borrell and asking if he identifies with the praise of Martín Villa. “Does the Commission agree with the High Representative publicly expressing his support for someone being investigated for crimes against Humanity?” Asks Podemos MEP Idoia Villanueva.