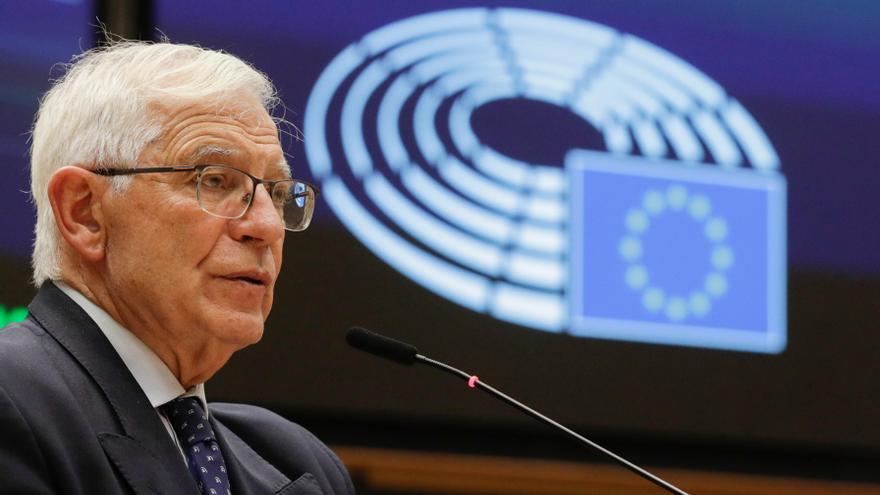 A report in ‘The New York Times’ in early September claimed that Carles Puigdemont’s chief of staff, Josep Lluís Alay, traveled to Russia to seek the Kremlin’s support for the independence cause. And one of the main sources of that report was “a 10-page European report corroborated by two Spanish authorities [10-page European intelligence report]”, according to the newspaper. Both Alay and Puigdemont confirmed Alay’s own trip to Russia in 2019, but told the New York newspaper that “he was part of regular contacts with foreign authorities and journalists,” and deny that they sought Moscow’s support for the independence movement.

As a result of this information from the US newspaper, on September 10, MEPs Puigdemont, Clara Ponsatí and Toni Comín registered a series of written questions to the High Representative of the EU for Security and Cooperation, Josep Borrell about the origin of the “European report” cited in the text.

“The New York Times has published an article detailing different trips, meetings and private conversations by an advisor and MEP Carles Puigdemont’s lawyer. The article attempts to discredit the Catalan independence movement by linking it to an alleged Russian plot to destabilize the Union. To reconstruct the alleged contacts between Russia and Mr Puigdemont’s assistant and lawyer, the NYT claims to have based on a ten-page European intelligence report that had essentially been confirmed by two Spanish officials, “the three MEPs report:” The The only European intelligence agency operating within the EU is the European Union Intelligence and Situation Center (INTCEN). Is INTCEN, or any other agency dependent on the Union institutions, the author of the European intelligence report cited by the NYT ?; If so, who commissioned INTCEN to write the report? Was the VP / AR [Borrell] aware of it before the NYT article was published ?; if it was a confidential intelligence report, how did journalists get access to it? ”

And Borrell’s response, dated December 1, is blunt: “The European Union Intelligence and Situation Center (INTCEN) is not the author of the intelligence report mentioned in the New York Times article and does not know who it was. has been able to do “.

The information from The New York Times based on the “European intelligence report”, without specifying more information about its origin, served to the European Parliament asks to investigate Russia’s contacts with Puigdemont’s surroundings. According to an amendment by the European Socialists approved in the September plenary in a report on EU-Russia political relations, “recent revelations about close and regular contacts between Russian officials, including members of the security service, and representatives of a group Catalan secessionists in Spain require an in-depth investigation “because” they could be one more example of Russian interference in the member states and of Russia’s constant attempts to exploit any possible issue to promote internal destabilization in the EU.

The Kremlin, for its part, has denied being involved in the independence process and has said it is unaware of Alay’s contacts with Russian officials in Moscow.

“Although fake news bears the stamp of information services, they are still pure garbage,” Puigdemont tweeted: “It is unfortunate the discredit to which some European institutions drag in their nationalist obsession or because of their partisan stubbornness. The truth matters to them. a damn “.

And this Wednesday, Borrell, for his part, denied authorship of the “European intelligence report” published by The New York Times that linked Puigdemont’s environment with Russia.