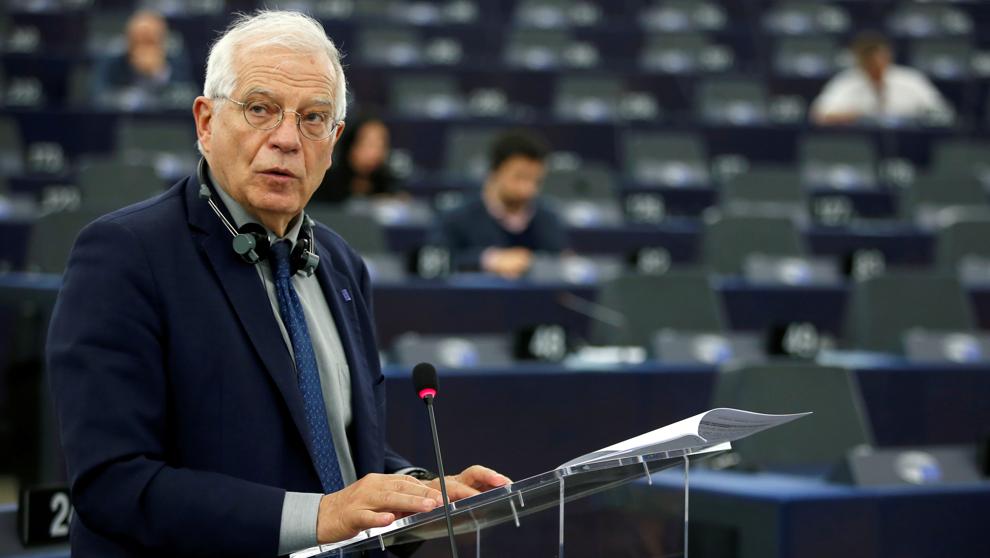 The high representative of the European Union for Foreign Affairs, Josep BorrellHe said Tuesday that the European Comission can’t start a infringement procedure against Spain for the presence of the Venezuelan vice president Delcy Rodriguez at the Madrid-Barajas airport last January.

“The European Commission cannot initiate an infringement procedure. You are MEPs, you should know that, ”said Borrell, who recalled in his speech the sanctions that the EU maintains against Venezuela, which include both travel restrictions and the freezing of goods and which also apply against Rodriguez.

Countries are “responsible for applying and verifying sanctions in their jurisdictions,” said the head of European diplomacy, adding that “when it arises a possible violation, it is the Member State that must investigate and determine if that has happened. ” He indicated that it could be debated whether it is appropriate that this competence corresponds to the countries but that in any case transferring it to the EU would require a reform of the EU Treaty. On the other hand, Borrell stressed that the European External Action Service is in contact with the countries “to ensure that these sanctions are applied in a homogeneous manner”.

The interventions of the MEPs who participated (most of them Spanish) revolved around whether or not that issue should have been dealt with in the Eurochamber. Dolors Montserrat MEP (PP) He accused the Spanish Government of having “opened the doors of Europe to Chavismo in violation of the sanctions that the EU imposes on an authoritarian regime” and said that “it must be the European institutions that investigate the truth”

At that same point, Jordi Cañas (Citizens) or MEP Leopoldo López (PP), who said that “no one can be above the law, neither the State nor its rulers.” “How will the credibility of the EU be able to defend (Borrell) in the rest of the world when the Commission does not urge the Council to demand responsibilities from the Government of Spain?” Cañas, in turn, said statements to the press after the meeting .

The deputy of Citizens thought that Borrell had intervened before the European Chamber “more as a former minister of Pedro Sánchez” than as head of European diplomacy and added that governments must notify the Council in advance if it will allow an exception with an entry of one person sanctioned in its territory, something that Spain, he said, has not done.

In the debate some deputies, such as Ernest Urtasun (In Comú Podem) and Mónica Silvana González (PSOE) apologized to their fellow parliamentarians for bringing a national issue to the European Parliament. “It’s unfortunate, I think we degrade the image of the Spanish delegation in this house,” said Urtasun.

For his part, Javier Moreno (PSOE) accused the parliamentarians who took the matter to the European Chamber of “irresponsible and unfair” and damaging the image of the Spanish Government. “Venezuela expects support and dialogue and not confrontation,” he said.

Citizens raised this Monday the inclusion in the plenary agenda of this debate through an amendment to the agenda that came forward with the votes of the European formations in which Citizens themselves, the PP and Vox are framed.

The Spanish Government maintains that Rodríguez did not legally enter the country, which did not violate the sanctions that the EU has maintained since 2017 against prominent leaders of the Venezuelan Executive. Sanctions include a ban on stepping on European territory.