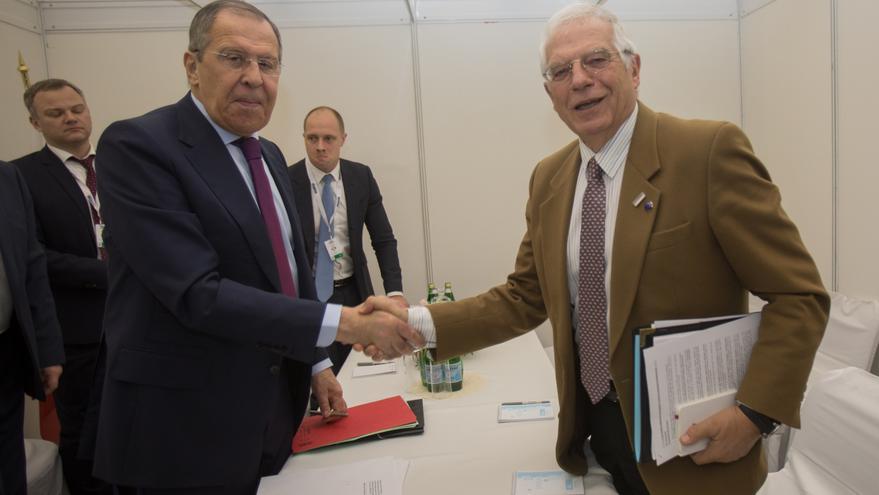 “My visit coincides with the arrest and sentencing of Alexei Navalni and the arrest of a thousand protesters. I have conveyed to Minister Lavrov our deep concern. While we fully respect Russian sovereignty, human rights and political freedoms are fundamental to our common future for both the European Union and Russia “, said the High Representative.

In response, Russian Foreign Minister Sergei Lavrov has spoken of the imprisonment of Catalan independence leaders: “There are three who are in prison sentenced to ten years for organizing a referendum, a decision that the Spanish justice has not reversed despite that the courts of Germany and Belgium have ruled against. Faced with this, Spain has defended its judicial system and has asked not to doubt its decisions. That is what we want from the West in terms of reciprocity. ”

In reality, the decisions of the German and Belgian courts are not a response to the sentences of the prisoners of October 2019, but rather to the extradition requests of those who are not imprisoned or tried after leaving Spain after 1-O, such as They are Carles Puigdemont, Clara Ponsatí, Toni Comín and Lluís Puig. Specific, the German ruling rejects the euro order issued against the former president as he passed through Germany –In July 2018–, and the Belgian rulings, against the extradition of the former Minister of Culture, definitively last January. In the first case, it had to do with the crimes for which the Supreme Court was claiming them –among others, rebellion– and, in the second, because the Belgian justice understood that the Supreme Court was not the competent body to take the case.

“There are many situations in Europe where it is suspected that courts make politically motivated decisions“Lavrov said, attempting an analogy between the two cases, asking for Russia with respect to Navalni what Spain asks with respect to the Catalan independence leaders.

Spanish Government sources have refused, for the time being, to respond to the statements of the Russian Foreign Minister: “It would be rash and daring to make an interpretation at this time, when the statements have just been produced. We will study it and construct a response if it deserves it. .