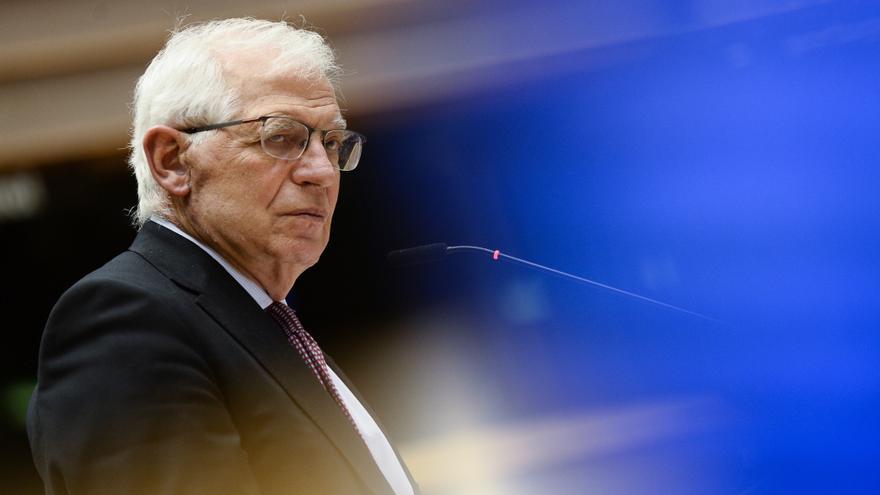 Brussels, May 2 (EFE) .- The High Representative for Foreign Policy of the European Union, Josep Borrell, reaffirmed this Sunday the EU’s commitment to press freedom, which has “decreased” in many countries during the pandemic, and advocated “supporting and protecting” independent media to defend democracy.

“If free and accurate information is not available to everyone, democracy cannot work,” Borrell said in an article posted on his “A Window to the World” blog on the eve of World Press Freedom Day.

Borrell began his writing by recalling the recent murder of Spanish journalists Daniel Beriain and Roberto Fraile in Burkina Faso, “just for doing their job,” and noted that “their deaths are a vivid reminder of the threats journalists face” and “our democratic societies, dependent on a free press. ”

The head of the European Foreign Affairs Service (EEAS) stressed that “having grown up in a dictatorship”, he knows “how fragile and valuable open access to information and freedom of expression is for democracy”, for which he urged “Stand firm for press freedom and fight misinformation.”

“With democracy retreating in many parts of the world, media freedom is on increasingly unstable ground,” stressed the head of European diplomacy in his paper entitled “Press freedom is more necessary than ever. “.

EROSION OF PRESS FREEDOM AND PLURALISM

This is the second time World Press Freedom Day has been celebrated during the COVID-19 health crisis, which has often forced journalists to work “in dangerous conditions” and “sometimes at great personal risk. “since the pandemic” has accelerated the erosion of freedom and pluralism in the media, “Borrell said.

In fact, according to the V-Dem Institute, two-thirds of all countries in the world imposed new restrictions on the media in 2020, Borrell quoted, saying that “many governments have taken advantage of the health crisis to intensify censorship, go through stop or allow the mistreatment of journalists and impose restrictions to silence freedom of expression. ”

During the past year, “journalists around the world have been intimidated, threatened, fined, jailed, attacked and even killed for doing their work,” he added.

The former Spanish minister considered a “very worrying trend” that in 2020 the record number of 274 information professionals imprisoned worldwide would be reached, according to the Committee to Protect Journalists; and that the information is blocked or restricted in 73% of the countries according to Reporters Without Borders.

Another danger is, Borrell stressed, the “infodemic” (massive dissemination of disinformation) that accompanies the COVID-19 pandemic and that the EU follows closely, especially when they target it.

But the blocking measures against the virus have also caused “a severe economic blow to an already besieged independent media sector, which has forced layoffs and closures,” he noted.

Borrell, who confessed to being a “great media consumer” and “appreciating” many journalists he has met throughout his long political career, said he was aware of “how difficult his job had already become before the pandemic. in many countries, due to the change in business models linked to the Internet and the rise of anti-liberalism on all continents. ”

That is why he maintained that “if we do not safeguard the freedom and pluralism of the media in Europe and around the world, we could also lose our best bulwark against harmful narratives that seek to undermine our democracies.