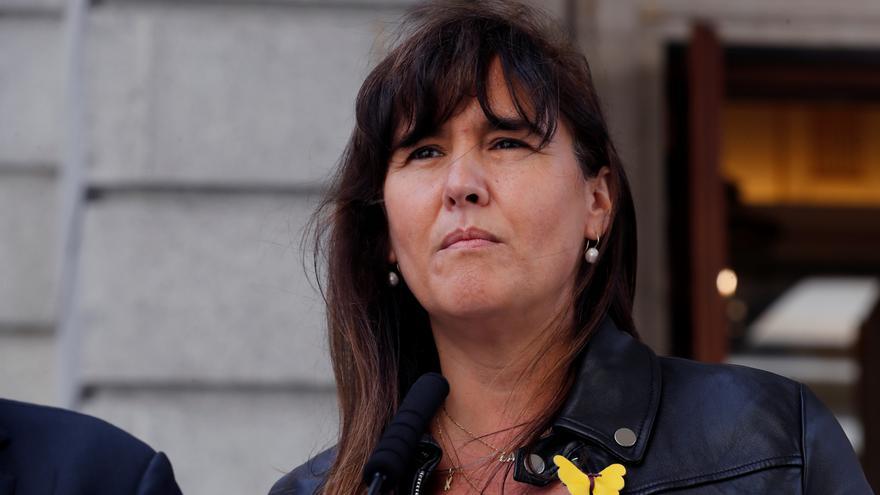 The deputy of Junts per Catalunya (JxCat) Laura Borrás has accepted this Wednesday her right not to testify before the magistrate of the Supreme Court Eduardo de Porres, who investigates her for alleged crimes of prevarication, fraud to the Administration, embezzlement of public funds and documentary falsehood that she could commit during the period in which she was director of the Institution of Catalan Letters (ILC).

Borrás has arrived at the Supreme Court accompanied by her lawyer, Gonzalo Boye – the same as that of former Catalan President Carles Puigdemont and his successor in office, Quim Torra – shortly before eleven in the morning, the time at which he was summoned by Judge.

Once De Porres has read her rights, the deputy has communicated that she had no intention of testifying, since, as she has explained, she is pending an expert investigation requested by her defense.

When that happens, she said when leaving the Supreme Court in statements to the media, she will be the one to request to appear before the magistrate.

The president of the Generalitat, Quim Torra, had assured this Wednesday that the JxCat spokeswoman in Congress “will not have a fair trial” in the Supreme Court. “Today an honorable people, a brave woman, a woman who loves the culture and the language of the country and a tireless worker for the Catalan republic are judged. The General Council of the Judiciary (CGPJ) says that it is an independence challenge It is impossible for Laura Borràs to have a fair trial, “said the president of the plenary session of the Parliament in the control session.

The president has also referred to the statement in the National Court (AN) of two CDRs and to the trial of the former members of the Table of Parlament led by Carme Forcadell: “For some it is a reason for great sadness, for others it should be a reason for a great shame. ”