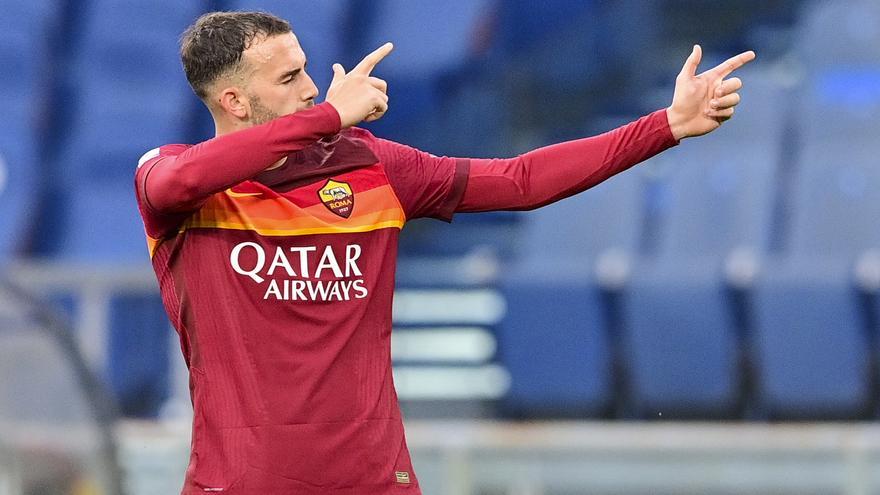 The Getafe made official this Thursday the transfers until the end of the season of the Roma players Gonzalo Villar and Borja Mayoral, which will reinforce the center of the field and the lead, respectively, of the team led by Quique Sánchez Flores.

Outside of his coach's plans Jose Mourinho This season, both have decided to leave the Italian team to look for minutes in Getafe. Villar, barely played six official matches under the Italian coach, while Mayoral accumulated eleven in which he scored a goal and gave an assist.

With both acquisitions, Quique Sánchez Flores will have more troops to attack the goal of permanence and both Mayoral and Villar will have to fight with several names of the Getafe squad to gain a place in the eleven holder.

Mayoral, who chained his second season on loan at Roma for him Real Madrid, will have to fight with Sandro Ramírez, Jaime Mata and Darío Poveda for entering the eleven next to the Turkish Enes Ünal, at the moment indisputable for his coach in the line-ups. The other candidate, the Mexican José Juan Macías, is out of the fight, since Quique does not have him and could even leave the Madrid club in the winter market.

With Mayoral, Getafe acquires a young but experienced player. At 24, the Real Madrid footballer already knows what it is to play in the elite to spare. In the 2016/17 season, he played on loan at Wolfsburg, where he scored two goals in 20 games; the next two, he did so in Levante, which enjoyed 14 goals from the striker in 69 games.

His best statistics in the same course were signed last year at Roma. Then, at the orders of Paulo fonseca, scored 17 goals (10 in the League and 7 in the Europa League) in 45 games. In addition, he signed five assists and became one of the most important players on his team.

However, this season Mourinho opted for strikers like the Englishman Tammy Abraham or Nicolo Zaniolo, which practically left Mayoral without minutes, a fast, opportunistic forward and who, in his own words when he was presented by Roma, considers himself a “modern” striker who plays well in the area and who can help his teammates with movements outside and inside her.

With Mayoral, another of the “marginalized”By Mourinho. Villar, a midfielder trained in the lower categories of Valencia and who, at 22, has a spectacular vision of the game, plays with the ball glued to his foot and with his head held high. Like his teammate in Roma, the course with Paulo Fonseca was a fixture, giving him minutes in 47 games to give his team balance in midfield.

The arrival of Mourinho halted the progression of Villar, who was playing his third season at Roma. Before, he played two in the Elche, who bought the player at Valencia at the end of the 2017/18 season. The "ché" box was left with the rights of 80 percent of a hypothetical future transfer and ended up receiving four million euros for his departure to Rome.

With Mourinho, Villar was behind names like the Armenian Henrikh Mkhitaryan, the French Jordan Veretout or the Italian Lorenzo Pellegrini. Now, in Getafe, he will have to fight for a position with two fixed players in the tasks of creation and destruction in recent campaigns: the Uruguayan Mauro Arambarri and the serbian Nemanja Maksimovic.

Villar, unlike his two rivals for the position, can contribute much more football when creating football. Getafe lacked a figure of its characteristics and, together with the Czech Jakub Jankto, Vitolo and Carles Aleñá, he will be one of the key players at the end of the season.