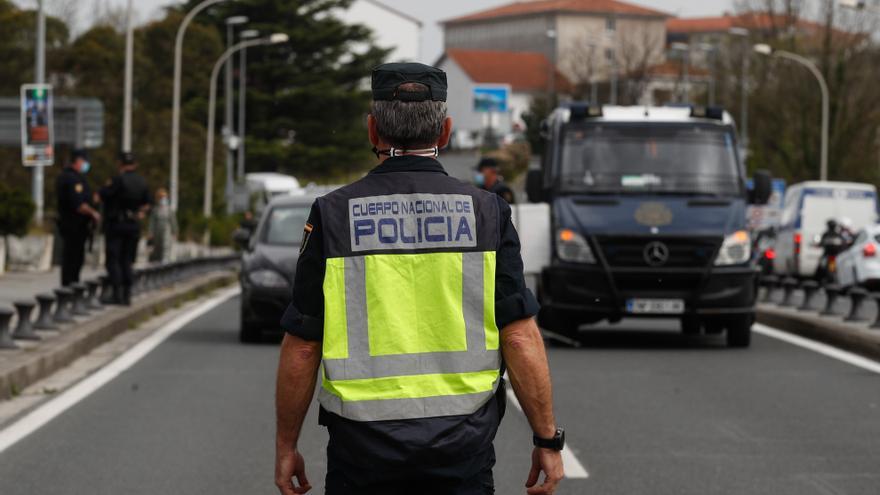 Madrid, Mar 30 (EFE) .- The Civil Guard and the National Police have verified from this Tuesday through random controls installed in the three border crossings of Aragon, in La Jonquera (Girona) and in Irun (Gipuzkoa) that the people who who enter Spain have a negative PCR.

There is the paradox that while foreign citizens can travel to the national territory if they present that negative certificate, Spaniards are under perimeter closure throughout Easter to move to another community.

This issue responds to the agreements of the European Union, since the free movement of people has not been suspended, although measures have been established to guarantee public health, which tourists must respect.

This Tuesday, first thing in the morning, Civil Guard agents controlled the French who were crossing into Spain via the Santiago de Irun bridge, where the National Police repeated the control operation at noon.

Those registered less than 30 kilometers from the border are exempt from presenting negative PCRs to pass; however, on the entrance road (AP-8), which is mostly used by French citizens living further afield and heavy vehicles, no control has been set up.

In La Jonquera, the National Police initially carried out mobile controls at different points in the area and subsequently established a larger one on the old border, in the center of Pertús, which is developing normally.

Sources from the Government Sub-delegation in Aragón de Huesca have confirmed to Efe that the random controls that have been carried out at the three border crossings have not presented incidents and have explained that the sanction proposals to which they have resulted will be sent to the Ministry of Health to be certified.

Since last Friday in the Aragonese community, controls have been carried out to guarantee compliance with mobility within the perimeter limits authorized by the covid-19 pandemic, while this Tuesday those who demand to enter the country with the negative test have begun.

The order of the Ministry of Health excludes only minors under 6 years of age, truck drivers in the exercise of their professional activity, cross-border workers and residents in border areas, within a radius of 30 kilometers around their place of residence.