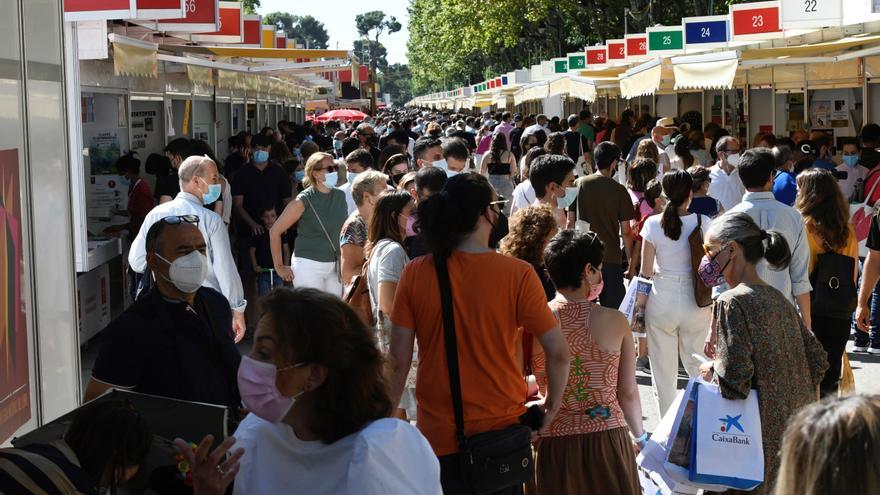 Madrid, Sep 12 (EFE) .- Literature and culture, but also biodiversity, have filled the Colombian pavilion on the first weekend of the Madrid Book Fair, in which it is the guest of honor, an appointment in which the controversy over the absence of prominent Colombian writers has also been present.

Some writers whom Guillermo Busutil, National Prize for Cultural Journalism 2021, wanted to honor this Sunday in the message he delivered at the so-called "fair bus", a space in which every day, at 12 in the morning , the words spoken live for one minute by a writer, bookseller or journalist are heard over the loudspeaker.

"I wanted to pay tribute to the Colombian writers who have been excluded from the fair, because literature is a word in which the term exclusion or censorship does not fit," said Busutil, who also wanted to remember with his words the Nicaraguan writer Sergio Ramírez after the arrest warrant issued against him by the Prosecutor's Office of his country.

A controversy that arose after the Government of Colombia did not invite the majority of its most representative writers to the Madrid Book Fair, such as Laura Restrepo, Piedad Bonnett, Héctor Abad Faciolince, Juan Gabriel Vásquez and Pablo Montoya or Pilar Quintana. the one referred to by the vice president and chancellor, Marta Lucía Ramírez, at the inauguration: "The criticism of writers and intellectuals is necessary," he assured.

"The obligation of our Government is to always seek who best represents our culture, who is in the letters, in the books and in the theater," he said at this event and maintained that there was no political nature not to invite others: " It was considered that they no longer needed a presentation in society, because they already knew them sufficiently and did not need a presentation in society, "he explained.

Some authors who, as explained to Efe this Sunday at the Penguin Random House booth, which publishes several of them and of which there is an outstanding selection, have increased their sales these days at the fair.

They are part of the 4,500 works by Colombian authors that, according to the Foreign Minister, are present at the Madrid book fair.

Among them, those of the Colombian poet Darío Jaramillo, a regular at the Madrid Fair and who has delivered the inaugural lecture of this 80th edition. As this author has indicated to Efe, the book has come out stronger from the pandemic: "People have discovered that it is a good company and that you do not have to have too much to read a book. For many people it has been a discovery and I know for at least two people to whom I know that this happened: the book conquered them with the plague. "

Regarding the controversy, he explained that this edition is the first time in 15 years that he has been invited by the Colombian Government: "And I never felt discriminated against. What happens is that there is no bed for so many people. If they are absent, is that they did not want to come, for nothing else ".

"Politics and literature by definition go together, but each one approaches it as he wants," he added.

On this Sunday, biodiversity has been one of the issues discussed in this Colombian pavilion, with biologist Briggite Baptiste, rector of the EAN University of Bogotá and former director of the Alexander von Humboldt Institute, who has emphasized the importance of literature and dissemination on climate change and biodiversity.

For Baptiste, the institutional actions are rather rhetorical: "We have not yet exceeded the level of symbolic commitment, although perhaps with climate change we are already reaching agreements, to see if they begin to take effect. And it is essential that they do so. , because, if not, we are fried verbatim ". But in matters of biodiversity there is still a long backlog, he said.

Regarding the absence of some Colombian writers, he considered that "it is very difficult to please everyone, when there are limited resources and when after the pandemic it has taken so much work to reactivate certain things. I imagine there are many names missing and I wish they had everyone could come ".

The activities of the Colombian pavilion will be joined in the coming days by the representation of the Barranquilla Carnival, which, in addition to arriving at the Book Fair, plans to tour some streets of Madrid, as well as the visit of the country's president, Iván Duque , who travels to Spain next week.