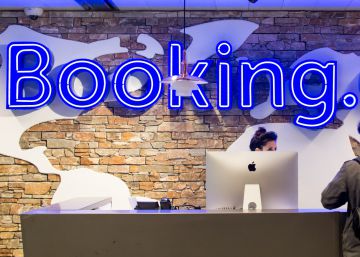 The benefits of Hispanic Booking, the Spanish subsidiary of the American hotel reservation company on-line, increased by 11.6% in 2018 compared to the same period of the previous year, up to 13 million euros, according to the latest accounts deposited by the company in the Commercial Registry

In fact, as with most of the technology companies that operate in Spain (Google, Facebook, Microsoft or Apple), the revenue from Booking in Spain is much higher, but billing is done through a parent company with headquarters in Holland, which has tax advantages. The declared income of the Spanish subsidiary comes mainly from the commissions charged to its parent.

Thus, Booking Hispánica operates under a service contract granted by the company of the Booking.com group, based in the Netherlands, whereby this company is billed for all operating expenses incurred and a percentage of commission on such expenses (5% in 2018 and 2017), to which is added another commission that corresponds to 2% of the income obtained in Spain.

Globally, Booking Holdings recorded revenues of 14,527 million dollars (12,770 million euros) in 2018, with an increase of 17% over those obtained the previous year. The company was founded in Amsterdam in 1996, but in 2007 it was acquired by the Priceline Group, based in Connecticut. Booking.com offers more than 29 million accommodation options, including more than 6 million houses, apartments and other places in more than 153,000 destinations.