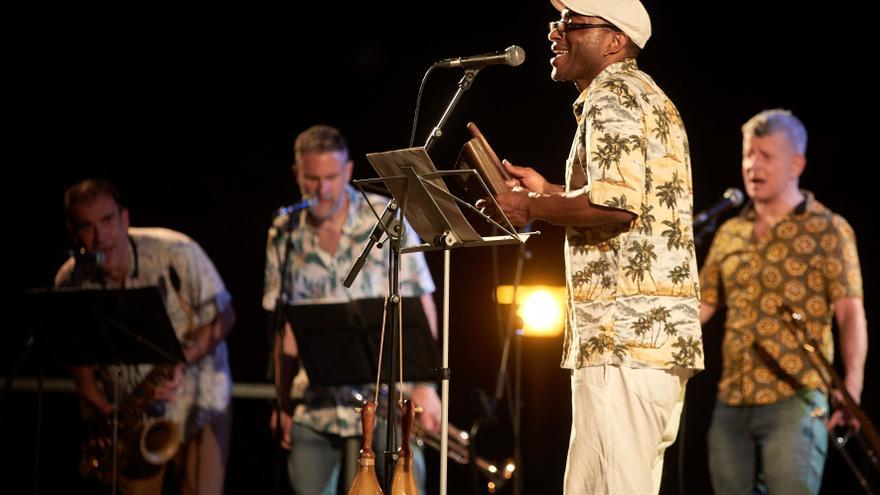 Castell-Platja d’Aro (Girona), Jul 2 (EFE) .- The Castell-Platja d’Aro Jazz Nights, a reference of its genre, aims this year that its audience, after the worst months of the pandemic, regain joy, something that has been commissioned at the inauguration Boogalizer, a formation charged with positive energy.

The director of the event, Josep Maria Sauret, explained shortly before the concert began that, this time, “is to bring joy” and to communicate that summer has arrived and the situation is being overcome.

In 2020, the Jazz Nights held out, although it had to leave its traditional stage on the beach and move to the Sports and Congress Pavilion.

Only five concerts made up that line-up, but the panorama has changed this year and Sauret has been able to schedule six performances and move them to a cozy space such as Masía Bas, whose outdoor enclosure has a capacity for five hundred people.

With the aim of restoring joy to a loyal audience that enjoys these evenings on the Costa Brava, the choice for the opening was Boogalizer.

The Barcelona group had the task of turning this proposal of intentions into music and, from the first chord, they gave themselves body and soul to the task of raising their spirits and recovering that between cultural and hedonistic spirit that characterizes the Girona coastline, especially in this era.

Voice, trumpet, the incombustible Martí Serra on tenor saxophone, a veteran like Tom Johnson on trombone, piano, percussion, drums and bass brought the presence of up to eight people on stage

The intro already showed that the concert was an invitation to dance without being able to due to the covid restrictions, but the bugaloo proposal without reservation turned the Masía Bas into a party with an audience seated, but involved.

Boogalizer inherits from that successful band that was Los Fulanos that mastery with sound that New York conquered five decades ago and that, at the start of the summer of 2021, has become strong in Castell-Platja d’Aro.

It was clear to the people of Barcelona that they were eager to interpret the songs from their album “Ara mateix”, which they published in March 2020 and that, due to the pandemic, they could barely show their followers on stage.

Tonight, they have had the opportunity to take revenge for that setback of fate, the coronavirus and propose their bogaloo and other dance genres as one of the best possible ways to leave a bad dream behind.

From the album, “Loneliness” was one of the first pieces to be played, but later came games like a naughty version of Van Halen’s “Jump” and, as a farewell, another song from that 2020 album: “T’ailobiu tu” .

Once the task of starting in the most lively way possible has been fulfilled, Noches de Jazz will continue the rest of Friday in July and on the first of August with a “varied” program in the words of its director, who appreciates the commitment of the Castell-Platja city council d ‘Ring for a free and “top quality” festival.

Josep Maria Sauret reviews the names of Pol Omedes Quintet and Mayte Alguacil, Girona Jazz Project, BCN Sax Quartet and Francesc Capella, Selva Big Band and, above all, of Perico Sambeat, in charge of the closing ceremony and whom he defines as “a requested figure internationally”.