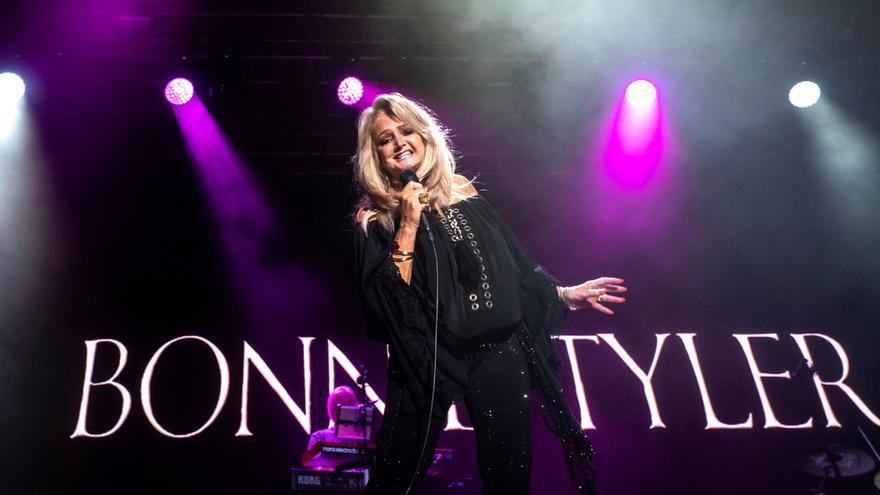 Santander, Aug 10 (EFE) .- British singer Bonnie Tyler has shown tonight to a thousand people in Santander that age is just a number and that she is in top shape, despite having turned 70 and being today one of the first concerts offered after stopping by the pandemic in early 2020.

Tyler has reviewed his “wonderful” musical career with a dozen songs that during an hour and a half of concert has well defined what it is and has been the artist’s ragged and hoarse voice, which has surprised the Santander public by its good musical form.

The stage of the La Magdalena field has hosted Tyler’s concert, within the “Magdalena Deluxe” cycle, which has started off strong by choosing her classic “Heartache”, thus transporting the audience back to the seventies, as she herself explained in English .

“You are very lucky, you have a very beautiful city,” said the artist, earning the applause of the audience.

“Have you ever seen the Rain?” -another title of his-, Bonnie Tyler has asked the public in Santander, a city very accustomed to clouds and raincoats, even in summer, although tonight the weather has respected and it has been possible to enjoy the musical evening without problems.

Tyler has also had words of encouragement regarding the pandemic, hoping that the “old days” will soon return. “The best is yet to come,” he stressed on several occasions, alluding to other of his songs, which he also sung today.

“I need a hero” or “Total eclipse of the heart” have been other songs chosen by the Welsh singer, who has also offered Santander “Simply the best”, her original version later released by Tina Turner, as has claimed.

After making the feint of leaving, she has returned to introduce her entire team, including her husband, with whom she has been 48 years old, who has gone on stage.

Bonnie Tyler has asked the public to pick up their phones and turn on the flashlights for her latest song, “Older.”

“It’s funny because I’m getting older,” joked the artist, who, of course, has not shown any such thing, since despite her 70 years she has made the public vibrate, whose behavior has been exemplary, since in addition to interact, he only got up at the end to chant and say goodbye to Bonnie Tyler and his family.