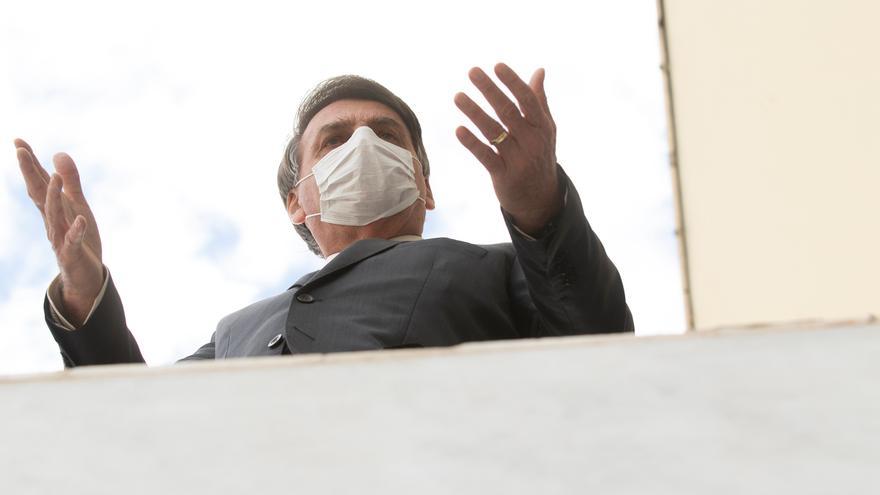 Rio de Janeiro, Jan 12 (EFE) .- Brazilian President Jair Bolsonaro invited his supporters on Tuesday to follow him through his new account on the social network Telegram after Twitter decided to suspend the account of the United States ruler, Donald Trump, claiming he used it to incite violence.

“Sign up for my official channel on Telegram,” asked the leader of the Brazilian extreme right in a message that he published this Tuesday on his Twitter account along with a link that allows direct access to the “Official Channel of the President of the Republic of Brazil” on Telegram.

Bolsonaro had an active Telegram account that he had used since 2017, before assuming the Presidency in January 2019, but he stopped using it this week when he created a new account on this social network last Friday.

The president clarified that he will keep the old account active, although he will no longer continue to use it for his publications, so that followers can see the old messages.

Although he only created his new account on Telegram last Friday, at the end of the afternoon this Tuesday he already had about 55,000 followers, compared to the 6.6 million Internet users who follow him on Twitter.

Bolsonaro is a defender of direct communication with voters and citizens through social networks, which helped him to be elected president in October 2018 despite the fact that at the beginning of the campaign his victory was considered unfeasible.

The decision of the reserve captain to promote his account on Telegram comes after the veto of Twitter, Facebook and Instagram of Trump’s publications, who was accused of using social networks to encourage violence and of having promoted the assault on the Capitol from the United States.

The transfer also occurred at a time when the WhatsApp messaging platform has been receiving criticism for a new privacy policy that allows its users’ data to be used commercially by Facebook, its controller.

The decision caused a transfer of users from WhatsApp to Telegram that allowed the Russian platform to gain 25 million new accounts in the last four days and surpass the 500 million user mark.

Bolsonaro’s decision to promote his account on Telegram also comes after different servers decided to suspend the service of Parler, a social network that was used by ultra-conservative groups around the world, mainly Trump followers.

The head of state came to ask his followers on Instagram last Saturday to open accounts in Parler, before this platform was blocked.

The Twitter veto of Trump generated criticism from the “Bolsonaristas” in Brazil, several of whom started to use the photograph of the US president in their profiles on this social network, including one of the sons of the Brazilian head of state, Congressman Eduardo Bolsonaro, who is president of the Lower House Foreign Relations Commission.

The Brazilian president himself complained about the veto and considered it a dangerous precedent. “In the United States, they blocked Trump on social networks. That is, even a president-elect, a president still in office, they can block the means to communicate,” he said.

According to different commentators, Bolsonaro may be the victim of a similar veto due to accusations that he uses social media to spread false news, which may harm his electoral aspirations should he decide to run for re-election in 2022.

The migration from WhatsApp to Telegram of Brazilian users identified as right-wing militants gained strength in recent days and included even the Ministers of Foreign Affairs (Ernesto Araújo) and the Environment (Ricardo Salles), as well as deputies Bibo Nunes and Bia Kicis, and several “Bolsonaristas” politicians.