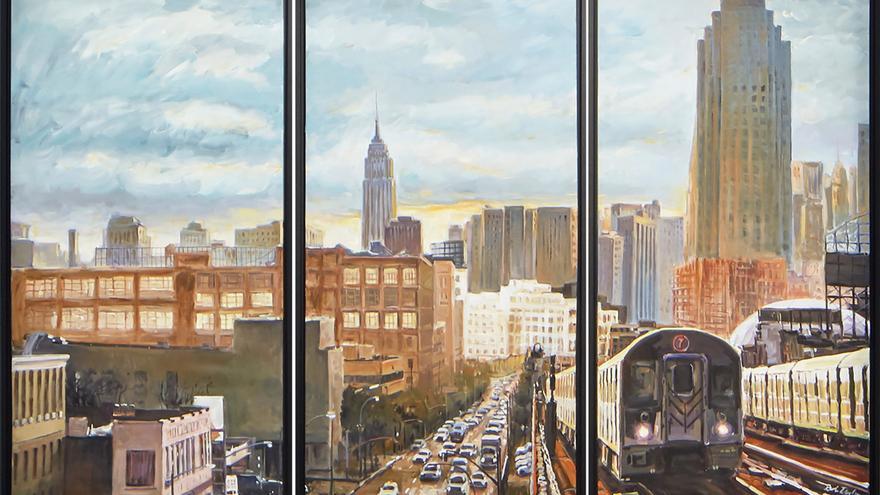 Miami, May 10 (EFE) .- The Patricia and Phillip Frost Museum of Art in Miami announced this Monday that it will bring “Bob Dylan: Retrospectrum” as of next November, a retrospective of the visual work of this legend of rock music and Nobel Prize in Literature, who turns 80 this month.

It is the “most extensive and detailed” exhibition of the musician’s work “ever seen on American soil,” according to this institution of Florida International University (FIU).

The exhibition of this American musician, author of classic compositions in the history of contemporary music such as “Blowin ‘In The Wind”, “The Times They Are a-Changin” and “Like A Rolling Stone”, will open on November 30 .

The exhibition, which will span six decades of Dylan’s drawing, painting and sculpture, was originally conceived for Shanghai in 2019 and was the most visited in that Chinese city.

“Bob Dylan is a prolific artist, rightly recognized as one of the defining figures of popular culture for more than half a century,” Shai Baitel, artistic director of the Shanghai Museum of Modern Art (MAM), said in a FIU statement.

Dylan’s iron paintings, drawings and sculptures have inspired leading museums and galleries around the world.

The first exhibition of his artwork, The Drawn Blank Series, was presented in 2007 at Kunstsammlungen Chemnitz (Germany).

Since then, his production has been taken to many institutions such as the National Portrait Gallery, in London (United Kingdom); the National Gallery of Denmark, in Copenhagen; the Royal Palace of Milan, in Italy, and the Museum of Modern Art in Shanghai.

“We saw the profound impact and scope of Dylan’s work in Shanghai, where hundreds of thousands came to experiment and participate with his remarkable creativity, unique observations and social commentary,” said Shai Baitel.

Parallel to the expo, FIU’s Center for Humanities and Arts, known as the Wolfsonian Public Humanities Lab (WPHL), will host a symposium exploring the myriad facets of Bob Dylan’s career and cultural influence.

This artist was awarded the 2016 Nobel Prize in Literature for “having created new poetic expressions within the great tradition of US songs.”

Last December, the singer-songwriter sold the rights to his entire musical catalog, which spans more than 60 years, to Universal Music Publishing Group (UMPG).