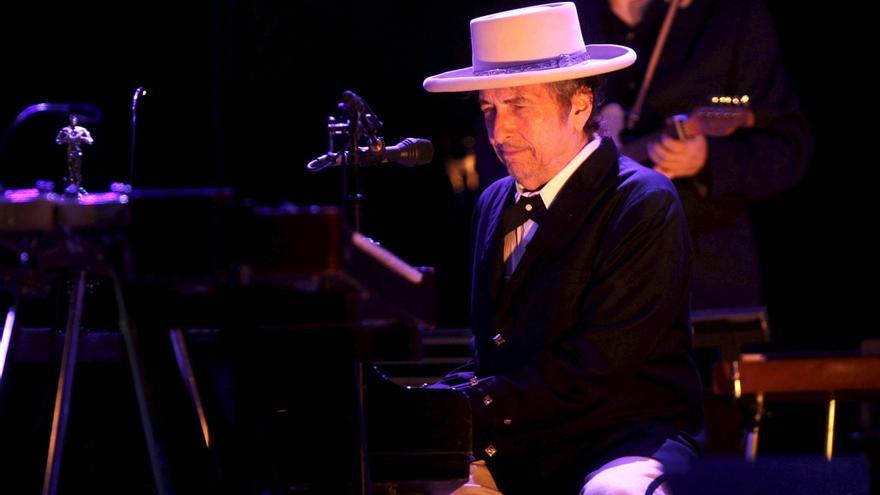 American musician, singer-songwriter and poet Bob dylan, one of the most important cultural figures in history, turns 80 this Monday old hailed as a living legend.

With a career that is measured in 39 albums and 125 million copies sold, Dylan has been receiving a barrage of tributes from the media for days, but especially from his followers, among whom he has other musical icons such as Patti Smith or Chrissie Hynde, vocalist of The Pretenders. Smith, who claims to be his admirer since adolescence, dedicated a concert to him this weekend at the Kaatsbaan festival in Tivoli, upstate New York; while Hynde just released a cover album, ‘Standing in the Doorway: Chrissie Hynde sings Bob Dylan’.

Meanwhile, newspapers from all over the world list their classics essential, radio and television stations broadcast special programs in his honor, and his hometown of Duluth, Minnesota, kicks off a year of celebrations.

The fascination is such that even a university, that of Tulsa (Oklahoma), has an Institute of Studies on Bob Dylan and these days it celebrates a symposium with experts’ dylanologists’ like its main biographer, Chris Haylin, who has just published ‘The Double Life of Bob Dylan: A Restless, Hungry Feeling, 1941-1966 ‘.

What’s more, the Broadway ‘show’ ‘Girl in the North Country’ is pending return, based on his songs, which premiered shortly before the pandemic force the closure of the theater mecca in USA In time for the singer-songwriter to go anonymously and get excited, he said.

During the stoppage of the covid-19, Dylan took the opportunity to release ‘Rough and Rowdy Ways’, his first album of unreleased songs in eight years, which received stellar reviews with the banner of ‘Murder Most Foul,’ a 17-minute song that encapsulates American history and culture.

His quality as a songwriter led Dylan to be the first musician to win the Nobel Prize of Literature, in 2016, for creating “new poetic expressions” in the American songbook tradition, probably the only controversial distinction in a long list spanning Grammys, a Oscar and a Pulitzer. Absent from the Stockholm ceremony, in his acceptance speech six months later, the musician explained that he began to write his songs making the jargon of ‘folk’ his own vocabulary, but relying on “sensibilities” and “an informed vision of the world, “which he learned from literary classics.

Little given to interviews, in keeping with a discreet personal life away from cameras, last year revealed to ‘The New York Times’: “The songs seem to know themselves and they know that I can sing them, vocally and rhythmically. They are written on their own and they count on me to sing them.”

Before becoming a cultural symbol, Bob Dylan was Robert Zimmerman, the son of Jewish merchants who in 1961 decided to drop out of college and move from the mining town of Hibbing, in Minnesota, where he grew up, to a vibrant New York City. that offered him an artistic future. In the Big Apple it ended up becoming one of the most famous names in the creative ecosystem that populated and gave life to the Greenwich Village neighborhood, was signed by producer Bob Johnton for Columbia Records and in 1962 released his first album, ‘Bob Dylan’.

The one who was the musical incarnation of the antiwar movement of the sixties and the hippie spirit there he approached his idol Woody Guthrie, entered the flourishing clubs of the folk scene and created internationally famous songs such as ‘Blowin’ in the Wind ‘,’ Masters of War ‘or’ The Times They Are A-Changin ‘.

Since then, not without potholes worthy of a life well lived, from a motorcycle accident that relegated him to the quiet of his basement to some works with a weak reception after his spiritual conversion to Christianity, Dylan has fueled his musical legend with original songs, covers, and performances. all over the world.

At the end of last year, Dylan sold the rights to his catalog to the Universal Music group for about $ 300 million Complete musical, which includes 600 songs and is considered one of the most extensive in contemporary music.