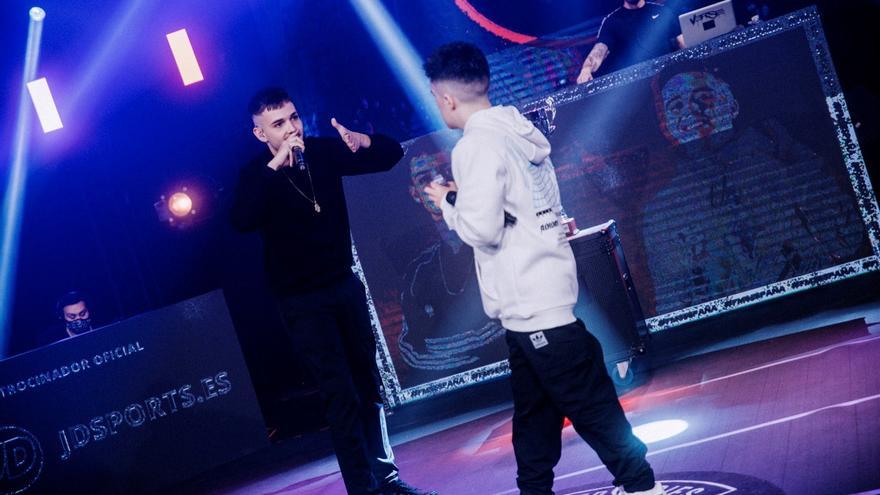 Madrid, Mar 28 (EFE) .- Bnet became the new champion of Freestyle Master (FMS) Spain after beating Gazir and once again imposed his discourse on the discipline as an artistic movement in the highest elite of improvised rap.

Javier Bonet González, Bnet, wrote another chapter of his legend as an improviser when he became champion of the FMS Spain against Gazir, the “competitor who has best understood the format” and the most faithful definition of the competitive conception of “freestyle”, in Bnet’s own words to Efe.

“When I discovered improvisation, I loved it. It is a culture that has been in my life for a long time. I woke up thinking about the moment when I was going to be able to rap with my colleagues,” Bnet explained to Efe moments after winning the championship. .

“If what I do is reaching people, which is still the same as I did when I was a child without expecting anything in return, for me it is an honor and a pride,” Bnet declared with his usual modesty, to despite expanding her figure by leaps and bounds as one of those that has had the greatest impact on the development of the industry.

At 22, the Madrid-born takes over from three-time champion Chuty as the holder of the league title and adds another trophy to his extensive record, in which the national and international Red Bull championships shine. His legacy, however, stands out for its impact on the conception and evolution of the discipline and the respect garnered by the great historical references of the genre.

“Maybe in 10 years time the boys who fight battles will earn triple the money I earn now and, for that reason, I am grateful for having started before that happens,” he confessed.

Bnet’s character, always aligned with Javier’s ideals, identity, style and personality, both in front of and behind the spotlight, feels movement as an art and not as a “sportive” category.

“I enjoyed a very beautiful stage that will never return, because I saw the birth of all this and I gave it my life without expecting anything in return, mainly because I never thought I could give it to me. I just did what I liked to do. “, he said about the beginnings of the discipline, built around the competition as the central axis and all that it entails.

However, although the industry has needed to promote the objectification of its formats to adjust to competitive margins and be able to expand globally as a phenomenon, Bnet’s irruption on the scene and the dissemination, victory by victory, of its philosophy, have established a profound debate on the future movement.

“It is a pride to achieve everything that I am achieving while always staying true to my beliefs, without having to adhere to formats or ideas less related to ‘freestyle’ in its original definition, and open a gap in which all those who understand improvisation as I can feel represented, “explained Bnet.

While it is true that many of his rhymes have permeated the collective imagination as part of popular culture, no message from Bnet has been repeated more than his popular phrase “I’ve only come to rap.”

Going from viral meme to vital late motive, concerns and motivations, disappointments and joys, the past and future of one of the most important “freestylers” in history always begin and end at the same point: rap.

By David Timón and Pedro Martín