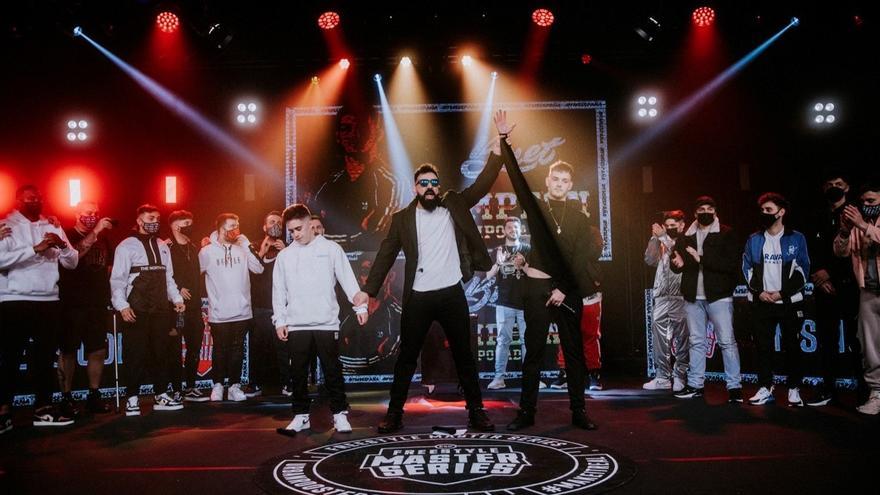 Bnet was proclaimed champion of FMS Spain by beating Gazir in the decisive battle of the title race. Although he started the day at a disadvantage, since he occupied the second position in the table one point below the Asturian and had a notably lower accumulation of total points in the event of a tie, the Madrid native made the feat possible by achieving victory directly, the the only result that allowed him to proclaim himself the winner.

In one of the most anticipated finals in recent times for all lovers of improvised rap battles, Bnet managed to impose his speech on the definition of ‘freestyle’ before “the competitor who has best known how to squeeze the format”, as he described to Efe in the hours prior to the appointment.

“I am happy to have been able to meet the expectations of the people and, while remaining faithful to my principles, take it seriously to show that I appear in the big events,” Bnet told Efe moments after winning the cup.

The evening was much more than a duel for the glory of the triumph, since the stylistic contrast of the participants and their conception of ‘freestyle’ as a discipline faced in their maximum splendor the two opposite sides of the same movement. On the part of Gazir, from a more competitive and sporting point of view, and from the prism of Bnet as an artistic movement connected in its roots with ‘hip-hop’ since its origins.

Thus, thanks to their particular way of approaching the format, Bnet and Gazir were able to maintain a similar scoring rhythm when dealing with external stimuli and common concepts or themes, showing off their ‘flow’, their ingenuity to develop the concepts, his style to build or his fluency on the instrumentals of DJ Verse.

However, the result began to turn towards Bnet when the narrative of the battle focused on an exchange of blows about their respective characters and their vision of the industry, where the plot load built by Bnet over the years is one of the most solid, coherent and congruent speeches on the world scene.

Bnet exhibited all the facets that have made him one of the most important figures in the history of the discipline in an explosion of pure ‘freestyle’ that led him to compensate for his defeat against Chuty in the final battle of last year, to become the second champion in the history of the competition and, incidentally, to conquer his first MVP of the season to culminate his brilliant performance throughout the year.

The regularity and perseverance of Gazir throughout the campaign, with the achievement of six MVPs for best bantamweight of the day were not enough to overcome the Red Bull 2019 world champion, but they were enough to sign historical peaks in level and establish himself as one of the best competitors ever seen in the format.

Thus, both the Madrilenian and the Asturian have direct access to the International FMS, where SweetPain and Mnak will also participate, third and fourth ranked respectively.

Both MCs, debutants this season in the same way as Gazir, evidenced the extraordinary level of the Spanish scene in their first experience as participants in the league by being able to place themselves among the highest positions in the classification above historical competitors assiduous to the format. for years.

In the lower zone, the victories of Blon and Tirpa certified the descent of Errecé after his defeat against Mnak. The Valencian will leave FMS after four years competing at the highest level together with bottom player Khan, who said goodbye to the league without scoring any points.

While waiting to know his future, Mr. Ego’s defeat against SweetPain condemned him to the dispute of the ‘play-off’ against the third placed in the promotion phase, in an all or nothing duel that will decide the last place of face to the next season.