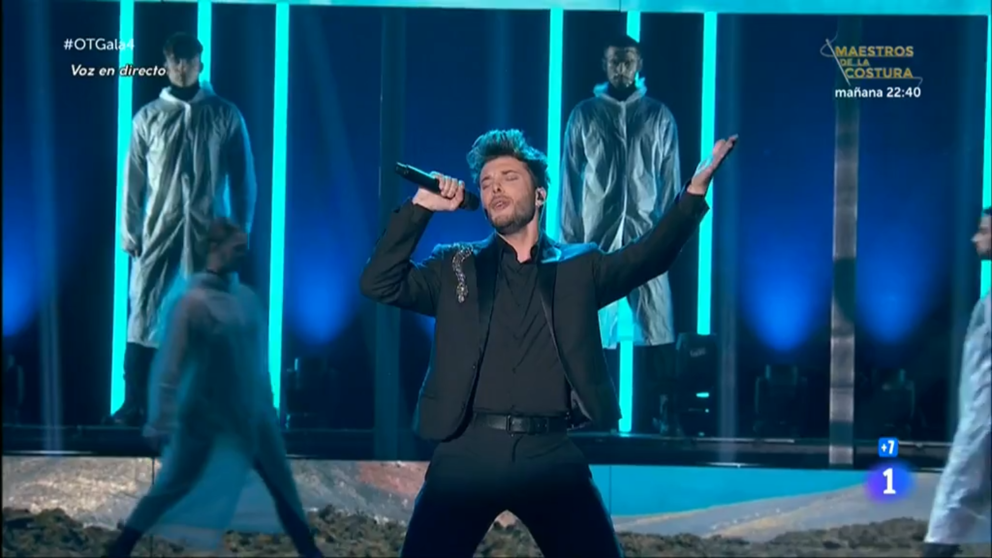 
Universe.
A theme that was the most played of the night and that has brought with it a controversy that the singer himself had to answer.

In fact, they have been the contestants themselves
talent show
those who have questioned that the artist went to the gala to sing in playback. “¿Has anyone stopped to think about what Blas Cantó did yesterday? Nia questioned her classmates while they ate. A question that soon had an upward response from Hugo: “That was playback!”

The Andalusian believed that it was not possible that he could keep the same voice having the microphone next to the body and then move it further away. However, it was. In fact, Blas Canto himself responded through Twitter to the participant and the talent show fans who also doubted about it.

“It was not playback! I was hysterical and had failures ”, said the singer with a couple of accompanying emoticons and before thanking the contestants of the program for doubting him: “Thank you for the part that touches me.” And, considering that it was a playback is because the performance was sublime.


This was also considered by the followers of the format, who did not hesitate to flatter the singer for what he did on the stage of Operación Triunfo. “Blas Canto has a voice that all those ninis who are there would like,” said a Twitter user criticizing the contestants. “Let him go to the visiting academy and tell Hugo that he doesn’t play,” added another. “I think it’s a flattery”, Roi Méndez, who was a participant in OT 2017, sentenced.

A participant in the island of Temptations surprises with her new partner: “I love you” – La Provincia

Oscar denies being ‘unfaithful’ to Andrea with Marina