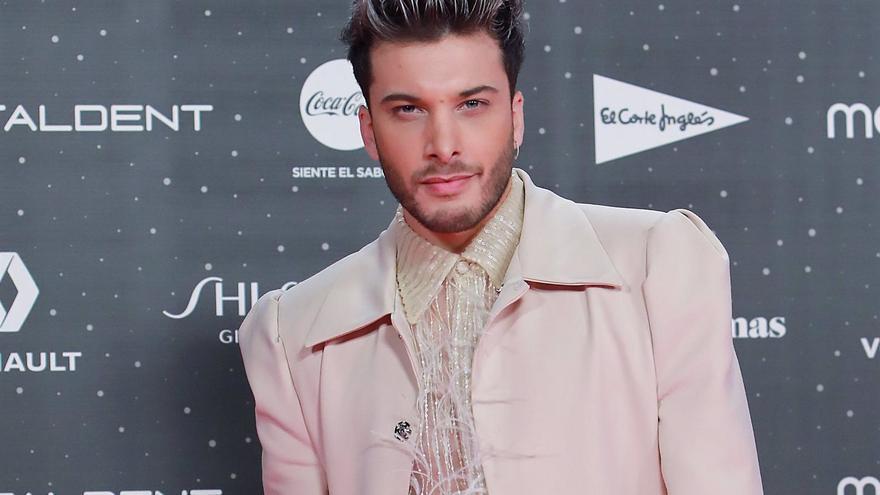 The representative of Spain in the Festival of Eurovision 2021, Blas Cantó, he will defend his theme ‘I will stay‘ in the thirteenth position of the grand final of the European competition, which will take place this Saturday, May 22 at the Rotterdam Ahoy (Rotterdam, Netherlands). Thus, the Murcian artist will sing this Saturday in Eurovision 2021 after the cancellation of the 2020 edition for the coronavirus pandemic Covid-19 and after receiving the support of RTVE to be the representative of Spain in the LXV edition of the Festival de la Canción.

Dedicated to her grandmother, Cantó’s proposal for this 2021 -who could not participate in Eurovision 2020 with his song ‘Universo’ after the suspension due to the global pandemic situation- is’I will stay‘. Signed by the artist himself together with Leroy Sánchez, Daniel Ortega ‘Dangelo’ and Dan Hammond, it is a ballad that preserves influences from great classical ballads and in which he plays with all his vocal registers.

In a conversation with Europa Press, Blas Cantó admits feeling “very good, trying to enjoy the Olympics of the music“, for which he has been preparing for two years and “very fortunate to be able to be part of this festival”, something that has always been “a dream” for the singer.

“Nothing is what you expect, it is impressive and full of surprises“, said the Murcian artist, who has assured that, despite everything, he has prepared” for possible complications “that would mean that someone from the team could test positive in Covid-19.

To avoid those complications, this edition is different: the delegations are isolated in the hotel, they have been created as microbubbles, very controlled and pending that no one from the team can test positive. They cannot go sightseeing, or even go shopping, but it is something that he very consciously assumes that any carelessness can jeopardize his performance.

Even so, misses “more contact with the other participants”, but he supplements it with the permanent support of his team, his choristers, his manager, who are like his family, since, due to the current situation, no one from his closest environment has been able to accompany him.

Blas Cantó leads the Spanish delegation at Eurovision 2021, which also includes his five showgirls -Alba Gil, Héctor Artiles, Daira Monzón, Irene Alman and Dángelo Ortega- with whom he has worked for many years and “are part” of his life. The Austrian set designer Marvin Dietmann is in charge of creating the staging of the Spanish representative.

The grand finale of the 65th edition of the European contest will be able to be followed through La 1 of TVE and RTVE Digital, starting at 9:00 p.m., with the narration of Tony Aguilar and Julia Varela. This television show is followed by 200 million people.

The Ricote City Council, a Murcian town of about 1,200 inhabitants where Blas Cantó was born and raised, has announced that it is going to install a giant screen in the Huerto de Celestino Park in the town on Saturday to be able to follow the festival, from 8.30 pm.