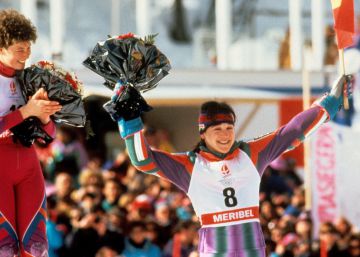 International parties. The break of selections has left us with interesting data and meetings, such as Germany-Netherlands (2-4), in which Ronald Koeman's again create expectations with a new generation of footballers that excites and recovers the Total soccer. For its part, England (5-3 to Kosovo) was unstoppable in the bands, especially with Sterling and Sancho and turned to his offensive and transitions football. Spain continues its reconstruction by the hand of Robert Moreno. The coach has the difficult mission of Spain recovering lost leadership internationally. On the other side of the puddle, the friendly between Mexico and Argentina (0-4) directs the eyes towards the bench, where Tata Martino is touched and Scaloni reinforced. The interesting fact is CR7 goal poker (5-1 to Lithuania) which places it as the second highest historical scorer of selections.

The Champions are back! Next week the group stage of the men's Champions League begins but this same Wednesday the women's one started with Lyon and Wolfsburg making it clear from the first game that they are still favorites in this competition. A 0-9 and 0-10 respectively indicate this. Barça, finalist last season, already has a foot and a half in the next phase after beating Juventus 0-2. This season the Champions League will be more competitive and the poster of favorites will be distributed among more clubs; That will make the competition even more interesting but it will be later, because now in the first qualifiers, it is where the differences will be most noticeable and some results can be really bulky.

Rafael Nadal. The US Open final gave us 4h and 50 minutes of pure sports spectacle for the spectators, and a roller coaster of emotions and sensations for the two protagonists. Nadal and Medvedev taught a lesson of mental strength, suffered and persisted in search of the final victory. There were moments where Rafa was clearly seen winner, others in which the Russian seemed dominating the match; a tug of war cognitive (with tactical and technical decisions), physical (with discomfort and fatigue) and mental (managing all emotions, tension and distractions for so many hours). In a collective sport like football, the spectators may not perceive it as much, they may not experience it as intensely as in this final, but all the processes occur equally in each match, both individually and collectively. I am very convinced that the preparation and confidence in the work done is what pushes the most to persist and achieve the objective, whether in 90 minutes or in almost 5 hours of the game.

Basketball and Blanca Fernández Ochoa. In recent days Spain has been in the news worldwide thanks to three sports leaders, Rafael Nadal, the Spanish basketball team and the sad loss of Blanca Fernández Ochoa. For the first we no longer have qualifiers, he is the best Spanish athlete in history. The seconds remain, year after year, an example of everything that encompasses sport: individual delivery, group commitment, courage, union, talent … and the historical legacy of those who were before, competitiveness and trust. The third not only put Spain on the map in those winter Olympics of 92, but also became the first Spanish to win an Olympic medal and at the same time started and showed the path of success to all the athletes who have come and that will come later. Your memory and your successes, Blanca, will always be present.