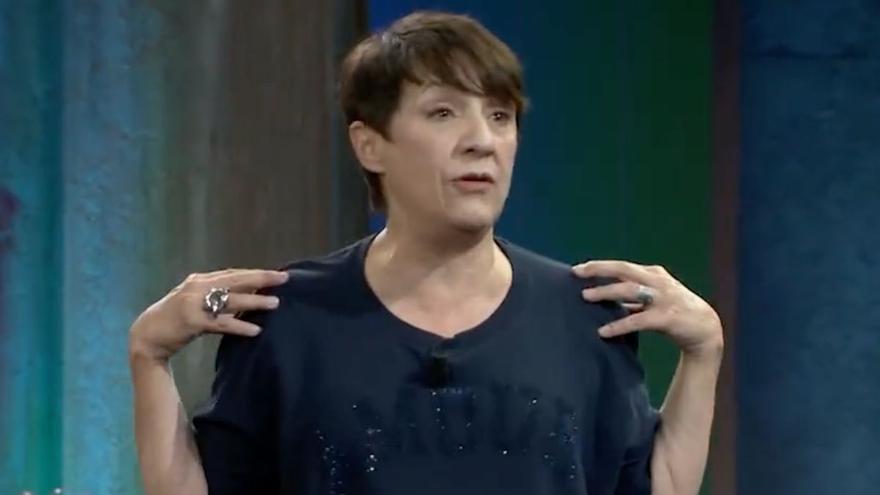 There's a reason why White Portillo has not yet come to have fun at 'the anthill'. The actress unexpectedly told this past Monday in 'The resistance' why he had not yet gone to the set of the program presented by Pablo Motos, despite the invitations he has received: "I have never gone because I am very shy and when he has ever invited me Paul (Motorcycles) I'm embarrassed".

"I think he's mad at me now. I think he has never wanted to take me for that anymore, but in reality it is that he embarrasses me that I die", Portillo explained to David Broncano during his visit to the comedy program he presents in Movistar Plus+.

Blanca Portillo's visit to 'La Resistencia' takes place just a few days before the delivery of the Goya Awards in Valencia, edition in which 'Maitxabel', the film in which she stars, starts out as one of the great favorites with a total of 14 nominationsonly behind 'The good boss' of Javier Bardemwhich accumulates 20.

Within those 14 nominations, Blanca Portillo will choose to win the statuette for Best Leading Actress for her performance as Maixabel Lasa, widow of Juan María Jaúreguimurdered by ETA in the year 2000. The interpreter will face in this category against Emma Suárez ('Josefina'), Petra Martínez ('Life was that') and Penelope Cruz ('Parallel mothers').