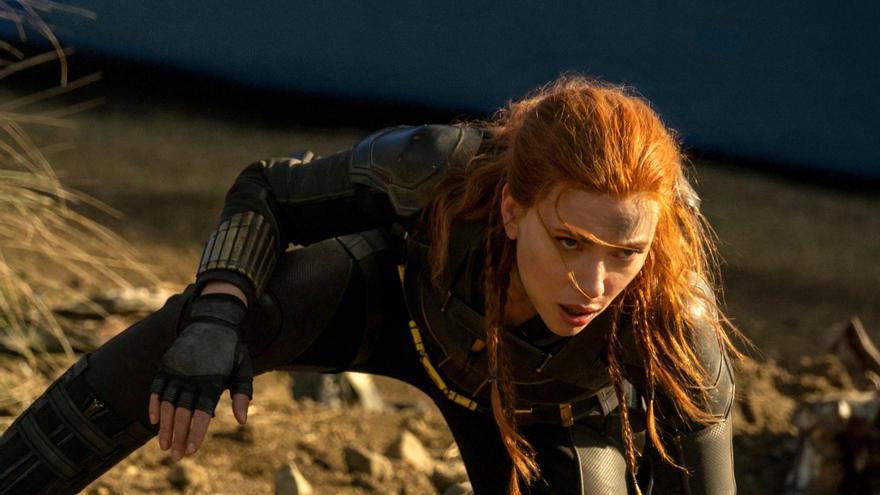 Los Angeles (USA), Jul 7 (EFE) .- After more than a decade being one of the most important stars of Marvel, Scarlett Johansson says goodbye to this enormous saga with “Black Widow”, a film that, in his opinion culminates the evolution of Natasha from the sexualization of the beginning to the complex and human portrait of this film.

“‘Black Widow’ would have been very different if we had done it ten years ago,” he said in an interview with Efe.

Johansson says goodbye to the lethal, cunning and tormented Natasha in this film that opens at the same time in theaters and Disney + on Friday and is the first Marvel film to land on the big screen after the hiatus due to the coronavirus.

Directed by Cate Shortland, “Black Widow” also includes David Harbor, Rachel Weisz and a magnificent Florence Pugh who is undoubtedly the great aspirant to inherit the throne of Johansson in Marvel.

ALONE AGAINST THE WORLD

This film, Marvel’s second with a female protagonist after “Captain Marvel” (2019), focuses all its attention on the traumatic past of Natasha, a spy who grew up in the Soviet bloc and ended up fighting for the Avengers in the US. .

On the one hand it is inspired by the harsh, cold and violent adventures of spies in the style of “The Bourne Identity” (2002), but neither does it renounce the light and self-parodic comedy of Marvel, especially with the characters of Pugh and Harbor.

“We found Natasha in a very vulnerable place,” Johansson said.

“We are used to seeing her endorsed by an organization or a team larger than her, but at the beginning of this movie we find her very lonely probably for the first time,” he added.

The actress also pointed out that it is attractive to see this character in “offside” and “without ties” when, in general, he is a “very reliable” person and with everything under control.

In the usually placid world of Marvel and Disney, at least when compared to the frequent comings and goings of DC Comics and Warner Bros., recent statements by Johansson attracted a lot of attention.

The actress attended a joint interview with various media, including the Collider portal, and criticized the “hypersexualization” of her role in “Iron Man 2” (2010), her Marvel debut.

Asked by Efe about how she made sure that this did not happen again in “Black Widow”, the actress and also producer of this film reflected on how times have changed in Hollywood and how that is also reflected in Natasha.

In this way, Johansson commented that, in the face of the macho look at his role in “Iron Man 2”, from tapes such as “Captain America: Civil War” (2016), a more respectful representation of Natasha was already seen and it was noticeable that it had “evolved a lot.”

“So I didn’t have to face that problem now because it had already been established that we were not going to go back to that,” he said.

With a director at the helm and with Pugh as a co-star, Johansson admitted that at the beginning of this project they did throw away “some old-fashioned ideas” for “Black Widow.”

“That’s when I realized that I had to produce this film or I couldn’t make it because I had to supervise a lot of things, I had to steer the film in the direction I wanted to go. Marvel agreed on that, so it was well: I didn’t have a big problem with all that, “he said.

While “Black Widow” marks the end of Johansson at Marvel, this film marks the start of the superhero world of Florence Pugh, one of Hollywood’s most promising young talents.

Nominated for an Oscar for best supporting actress for “Little Women” (2019), the British debut in the world of “blockbusters” after shining in “indie” films and for demanding audiences such as “Midsommar” (2019).

“It’s always wonderful when you have that natural connection that makes your job easier. You don’t have to pretend for the camera,” she said of her relationship with Johansson.

Natasha and Yelena’s strong personalities are a crucial part of “Black Widow,” and Pugh praised director Cate Shortland for opening the door for all actors to do their bit in this story.

“Just that the creativity of your voice is allowed to be important helps a lot to see those relationships on the screen, whether it is my character with Scarlett or my role with Harbor,” he closed.

Tags: been, black, different, johansson, scarlett, ten, there would be, widow, years