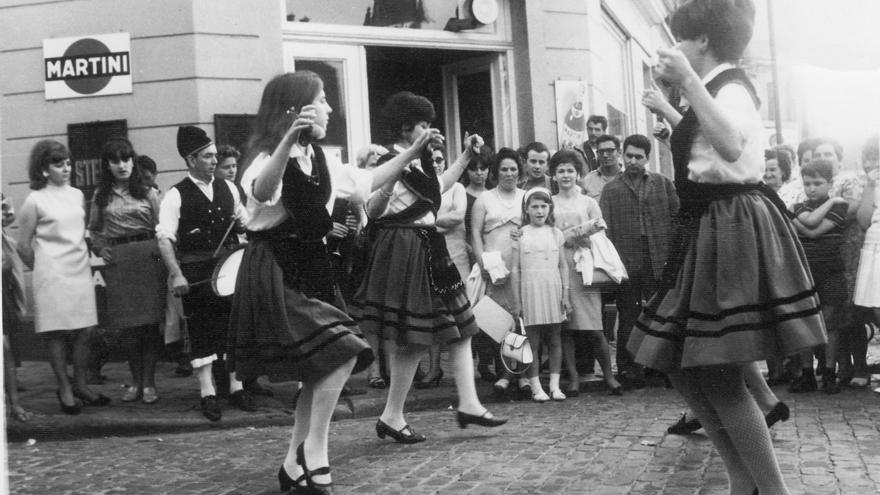 Brussels, Sep 12 - Spaniards milling around with their suitcases in a Brussels station, churreros in a small Brussels venue and souvenirs in black and white are some of the images that the Immigration Museum in the Belgian capital shows in a photographic exhibition dedicated to immigrants who began landing in Belgium more than half a century ago.

As small fragments, several photographs portray those Spaniards who emigrated after the agreement reached between Franco's Spain and King Baudouin's Belgium in 1956.

The agreement was the first of others of the same scope that began the waves of Spaniards who emigrated in the second half of the last century to other European countries such as Germany, Switzerland and France, which the director Pedro Lazaga well caricatured in his film “Come to Germany Pepe ”, with an Alfredo Landa who discovers that the“ German dream ”is not what it seemed.

In a prosperous and labor-intensive Belgium, most of those who emigrated - some were able to do so by train, others had no choice but to go on foot - ended up working in mines located mainly in the Wallonia region, although others They also engaged in domestic service, the metallurgical industry, and construction.

The Belgian-Spanish agreement at that time offered the possibility that, after three years of working in Belgium, the family could legally regroup, thus beginning to forge that first generation of Spanish immigrants.

This led to the formation of a Spanish colony in Belgium that numbered about 70,000 Spaniards.

Those who danced in regional costumes in the streets, those whose faces were covered in soot from work in the mine or those who took a photo next to the Atomium are today the protagonists of the exhibition that tries to tell the story of "emigration to Belgium "and that portrays a" very hard "time in which in Spain" there was a lot of poverty "and job was sought, details Isabel Ceballos, a worker at the center.

The photographs, however, only capture a brief and frozen moment in the time of their lives, without elaborating on what were the circumstances that pushed them to Belgium, what their lives were like and how were their first years to acclimatize to the humid, gray and cold country weather.

There is a record of an anecdote on the walls of the exhibition, such as a quote from the first Spanish priest who moved to Belgium. Isabel recounts, along with a photograph of a couple of women dressed up in Ye-yés clothes and who scandalized the chaplain for the freedom that women enjoyed compared to Spain.

A GUARDIAN CHARRA OF SPANISH MEMORY

In November, it will be three decades since Carmen Sánchez arrived in Brussels. She, “fully charro” as she says, came to learn French, but she stayed for love, which is one of the reasons that “always motivate her to stay”, she says.

At the same time, she began to work as a social worker, where she was able to meet and maintain a relationship with many people from that first generation of Spaniards who, from a Spain under Franco, emigrated to Belgium to start a new life.

Seeing these photographs of fragments of history that she did not live, but of which she had first-person testimonies, produces her “immense respect for all those people who also helped build Spain”, to whom “we owe a lot” and who left "because they had no choice," says this woman from Salamanca, who has a small space in the exhibition dedicated to her.

"That first generation that came with their clothes, that arrived at the Midi station [una de las más importantes de Bruselas] and say, now where do I go? And look to the sides to see if they heard someone speak Spanish to guide them a bit ”, he says.

Carmen, guardian of memories and anecdotes of that generation that is slowly beginning to disappear, believes that those episodes cannot be forgotten, how hard it was to emigrate at that time when the internet and video calls were not even one thing. of Science fiction.

But, bridging the gap between one moment and another, the photographs are the mirror where the most recent generations can look at those who economic circumstances led them to pack their bags and repeat the history of their ancestors.