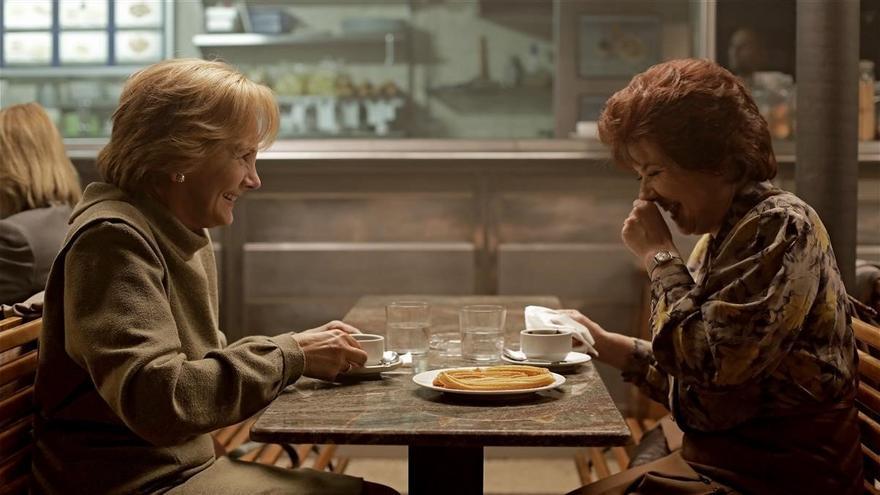 When the terrorist group ETA announced a definitive ceasefire in March 2016, Bittori, one of the protagonists of the novel and the television series HomelandHe goes back to his village and places a pot with a red geranium on his balcony. He hasn’t lived in his house for years. She had to flee when her husband was murdered from behind near her portal. He couldn’t even bury Txato in the town’s cemetery. His act is full of symbolism. He is claiming his history, his voice. She is representing all those women that her society turned its back on.

Homeland It is not the only fiction that has related the horror of ETA terrorism and the horror of repression and the violation of the most basic human rights in Euskal Herria for decades. But it has had the particularity of arriving when Basque and Navarre society and the rest of Spanish society did not live close to the news to see who had been killed that day, what bomb had destroyed bodies and who had been arrested. And that has made it more accessible and comfortable.

It is evident that the novel by Fernando Aramburu and the series directed by Félix Viscarret and Óscar Pedraza can become Manichea by turning a part of our history into a tale of good and bad, ignoring multiple nuances. That it has been so widely accepted indicates that it is not particularly uncomfortable with the State’s responsibility to provide feedback on the situation and to exercise violence. The memory must have many more thorns.

The daily life of many people and many families in the years of terror revolved around fear and anguish. The fear of imagining that they could kill a relative or someone close to them was the first thing you thought about when you got up and the last thing you thought about before getting into bed. Depending on where history touched you, you lived with the pressure of continuous contempt and disapproval and under constant surveillance. You could also live in hiding and with the tension of being arrested, tortured and imprisoned thousands of kilometers from your land. They lived like this. A part of society was in the spotlight with the breath of the bullets in the neck, looking under their cars; another, pistol or Molotov cocktail in hand, and most thought that the terror could not be justified, but kept silent. It was a society with fear and very cowardly. The pressure was unbearable. Reproducing this daily life is one of the great successes of the series. To some of the public this oppressive climate may seem an exaggeration, but it was lived like that.

Nationalist struggles need women to stay home and transmit their ideology to their puppy. The Basque struggle was no exception. You love them, etxekoandresThey were very strong women, with a lot of personality, who gave birth to sons and daughters for the cause. Then they had to suffer. Crying deaths or traveling thousands of kilometers would be his destiny. The gudaris brides had the burden of sustaining their morale and many had their lives mortgaged from a young age. Armed fighting leaves too many widows along the way. Broken and impoverished women who deserve their voice in the story.

It’s a relief to see Homeland, with its successes and errors, from the present. 15 or 20 years ago we would never have thought that turning the page was even possible. But it also hurts because it is a very painful and uncomfortable mirror. Recognizing pain is essential to be able to look ahead. Historical memory must sting so as not to leave us indifferent and to be able to build a healthy society, capable of healing all wounds.

Pikara Magazine is a digital magazine that practices journalism with a feminist, critical, transgressive and enjoyable approach. We open this space in eldiario.es to invite its readers to debate on the issues that interest us, concern us, concern us.