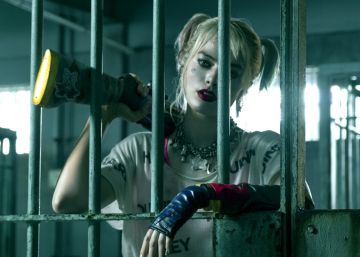 After failure Suicide squad, the new movie based on the characters of the DC label focuses on Harley Quinn, Joker’s girlfriend and Gotham’s supervillain. Birds of prey It starts precisely when Quinn and the psycho clown have broken their relationship, and she, spiteful, but at the same time freed from a toxic relationship, finds herself and, incidentally, with a group of women and a girl with almost worse luck than yours.

Birds of prey joins the long list of superhero movies that, between the video game, the video clip and the narrative hysteria, have filled theaters in recent times. In this case, it is about making a ticket office with a feminist shirt that fortunately parks the most beaten slogans to change them for tons of glitter and thus also make fun of itself. The weight of the film lies with a Margot Robbie who has fun with a character that somehow connects with the character that made her famous, the controversial skater Tonya Harding of Me, Tonya Both are brazen white trash fed with junk food. But Harley Quinn not only wears great makeup and costumes but is full of references to retro aesthetics (from Marilyn to Tweety or Barry White) and winks to bulimia on a bad hangover day. In Birds of prey (subtitled and the fabulous emancipation of Harley Quinn), Robbie is released from the darker side of the character to make him reborn with his new gang of girls: a pickpocket girl, the singer Canario Negro, the avenging Hunter and, above all, the police Renée Montoya, in the skin of a capable Rosie Pérez to luster all this.