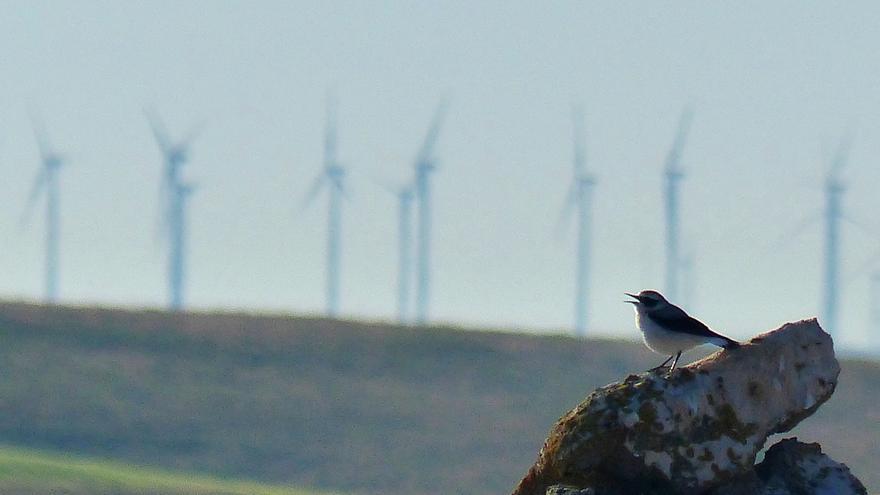 The Government of Spain has presented several proposals to fight against climate change, among which the National Integrated Energy and Climate Plan (PNIEC), which includes actions planned until 2030, stands out. This proactive attitude is unprecedented and without a doubt laudable. However, the fight against climate change cannot be based only on ensuring that 100% of electricity comes from renewable energies, as explained by the Citizen Platform for a Just Ecological Transition. Said purpose is insufficient to achieve decarbonization and reduce greenhouse gas emissions to the extent necessary to comply with the Paris Agreement and with the recommendations of the Intergovernmental Group of Experts on Climate Change (IPCC).

We also note with concern that the negative and irreversible impacts that the massive and unplanned development of large-scale renewable energy plants can have on biodiversity are not being adequately considered. Therefore, the aforementioned Platform has launched a proposal which identifies points that need obvious improvement to guarantee the conservation of biodiversity during the development of the necessary energy transition to renewable energy.

Science shows that wind farms and solar plants can have a severe impact on biodiversity by direct mortality and by occupation and destruction of habitats of high ecological value. There are very strong examples in Spain, mainly in birds Y chiroptera And the current evidence is only the tip of the iceberg of what may happen with the impending massive and disorderly development of large-scale renewable energy projects.

We consider such development massive because it involves an exorbitant excess supply. In 2019, the peak of electricity demand, the moment of highest consumption, was 40 GW, being 11% less than the historical maximum registered in 2007. As of August 31, 2020, according to data from Red Eléctrica Española, the installed power of wind and solar photovoltaic energy it amounted to 35.4 GW. In addition, 130 GW new connection rights have already been granted, and a further 60 GW are awaiting said right. The PNIEC aims to have 87 GW installed by 2030. In other words, in 2021 alone we will already have two and a half times more GW than the objectives set by the Government. If we roughly translate these GW into hectares, we find that the renewable plants will occupy at least 425,000 hectares, compared to the around 87,000 hectares that the PNIEC predicted. Therefore, these projects alone will occupy almost 5 times more territory than was planned and evaluated. All this is framed in a big speculative bubble, which Royal Decree 23/2020 of June 23, 2020 intends to stop, but which does not seem to achieve by not putting a stop to the purchase and sale of projects.

The PNIEC recognizes in its Strategic Environmental Impact Study the potential negative effects on biodiversity from the development of renewable energies. However, the solutions it proposes to avoid the damage (rigorous evaluation of the projects within the Natura 2000 Network, the Conservation Strategies and Management of Threatened Species, the Environmental Impact Studies and the compensatory and restoration measures) are absolutely insufficient. .

The most important deficiency of the PNIEC and its Strategic Environmental Study (EAE) is the absence of general planning, essential to assess and mitigate the impact of the massive development of renewable energies on biodiversity. The PNIEC does not specify areas of high ecological value that should be excluded from the development of large-scale renewable energy plants. There is the aggravation that much of the information available on the distribution and population situation of many species of wild fauna and flora is outdated due to the collapse in the funding of monitoring programs in recent years, both at the regional and national levels. Closely related to this is the fact that the design of the current Natura 2000 Network it is clearly insufficient to guarantee the conservation of natural values for which it was raised, mainly for two reasons. In the first place, planning was done in many cases without having the necessary information to carry out an adequate design. Second, the distribution and abundance of living beings is a dynamic process over time, especially under the framework of the global change we are facing. This has caused that currently there are critical areas for the conservation of various species that do not have any protection figure. All of these problems could to some extent be offset by management plans for listed threatened species. Unfortunately, there are currently conservation and management strategies for only 5% of them despite the fact that these strategies are legally mandatory. Likewise, the national and regional catalogs of threatened species have in many cases become obsolete. For example, a large part of the birds linked to natural steppes or extensive rainfed cereals, one of our most unique fauna groups in the European context and the main ones affected by solar plants, do not have protection categories that do justice to the dramatic situation they are going through. In the case of other birds and many bats, it is necessary to seek expert judgment and raise the category, as proposed by specialists. It is urgent to accelerate these processes so that the species have a level of legal protection and management and conservation strategies consistent with their degree of threat.

Regarding Environmental Impact Studies, their ability to anticipate the real impact of projects has been questioned on various occasions since scientific fields. For this reason, the PNIEC should in no case simplify the environmental impact assessment procedure as proposed, but rather increase the demand on the quality, duration and intensity of field work. In case of doubt about the effects of a project, the precautionary principle, established in the United Nations Conference on Environment and Development (Rio de Janeiro, 1992) and introduced in Community Law as a guiding principle for its implementation, should always be applied. environmental policy (art. 174.2 of the EEC Treaty). When the infrastructures may affect areas of the Natura 2000 Network, the project should be denied as long as the promoter does not demonstrate that it is harmless about the values ​​that motivated its inclusion in the Natura 2000 Network. This is established by the Habitats Directive and the famous “Wadden judgment”. Finally and in a general way, it is necessary to reflect on how the environmental impact studies are carried out that are currently executed or hired directly by the promoters and that in practice have too little administrative control on too many occasions.

We also note with concern that many authorizations and Environmental Impact Statements seek to avoid severe environmental damage with the application of compensatory measures. Compensating for biodiversity lost in one place by restoring it in another is what is known as “no net loss of biodiversity” and is a temptation not to block economic activities. However, the reality is that this compensation is not very ambitious and most of the time ineffective, as witnessed by numerous experiences carried out in Spain in recent years. The PNIEC must guarantee the conservation of existing biodiversity and not seek to restore the damage caused by the plan through compensatory measures, which should be the last option, in the face of residual environmental impacts, and always in very specific cases after an honest analysis of alternatives that Include the alternative not to run the project.

He Royal Decree 23/2020 It will cause hundreds of projects to be presented throughout the Spanish territory before the end of 2020. If the massive development of these plants continues without adequate planning and comprehensive evaluation, the effects on the biodiversity of our country, the most important in Western Europe, could be disastrous and irreversible. The reader may wonder if the urgency of fighting climate change is not worth sacrificing biodiversity to avoid a major disaster. The dilemma is not renewable yes or no. Without a doubt renewable yes, the question is how, how much and where. To answer these questions we have a roadmap marked by the European directives of the winter package that are mandatory and that they bet on the energy efficiency that would reduce energy needs, by developing a distributed model that brings power generation centers closer to consumption centers, and by energy generated with self-consumption of renewables, that is, with photovoltaics on our roofs or in industrial estates, not in the natural environment. This model would completely avoid the devastating effects that a centralized large-scale renewable energy can have on our biodiversity and landscape. We cannot forget that the landscape is an essential resource for a strategic and growing sector such as rural tourism. In addition, self-consumption with renewables could have many other positive effects, such as lowering the electricity bill and effectively achieving decarbonisation objectives.

Given that we already have a supply of renewable power on the table that doubles that planned by the PNIEC for 2030, it seems logical to carry out a temporary moratorium on the authorization of mega-power plants of renewable energy until all the weaknesses that we have indicated are remedied. As in the current scenario this seems very unlikely, we consider it essential and very urgent to carry out at least an adequate planning, study and comprehensive evaluation of the PNIEC that, beyond the current regulatory frameworks, considers its effects on biodiversity and landscape. It is also essential that the model incorporates the mandatory European Directives. We firmly believe that it is possible to achieve an energy transition to renewable energy while preserving the common good represented by biodiversity and the landscape and the services they provide us.

Hope Ursúa. Doctor in Biology. Environmental consultant. Its lines of activity include studies aimed at the conservation of biodiversity, especially steppe and raptor birds.