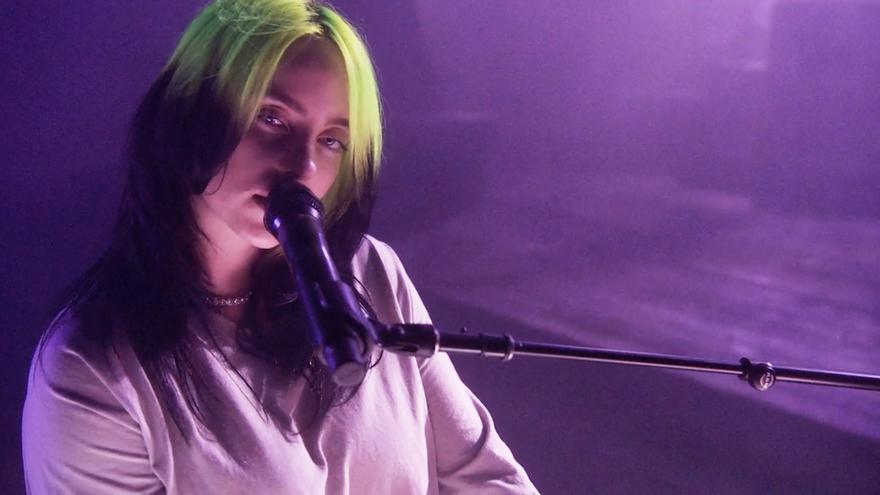 Los Angeles (USA), Jun 14 (EFE) .- American singer Billie Eilish will present the songs from her long-awaited second album, “Happier Than Ever”, in a digital concert that Amazon will broadcast worldwide from June 17.

HER and Kid Cudi will share with Eilish a musical event organized by the e-commerce giant for their day of offers known as Prime Day, in which they celebrate the anniversary of the company.

It will be the first contact with the new musical project of the Angelina artist, which is published on July 30 and will take over from “When We All Fall Asleep Where Do We Go?”, With which he won the Grammy for the album of the anus.

For now, the singer has presented “Your Power” and “Lost Cause”, two songs that move away from the electronics of her debut and opt for more organic sounds.

At this stage, Eilish has cultivated a retro aesthetic that will also wear her first concert, inspired by Paris at the end of the 19th century, as detailed in a statement.

There is much expectation to know the steps that the young artist will take, who at the 2020 Grammy Awards made history by winning the four most important categories of these awards when she was just 18 years old: best new artist, album of the year, song of the year and record of the year.

For its part, HER, which won the award for best song of the year at the last Grammys for “I Can’t Breathe”, will present its new album “Back of My Mind” with a concert that commemorates the Dunbar Hotel, where African American music figures such as Duke Ellington and Billie Holiday played.