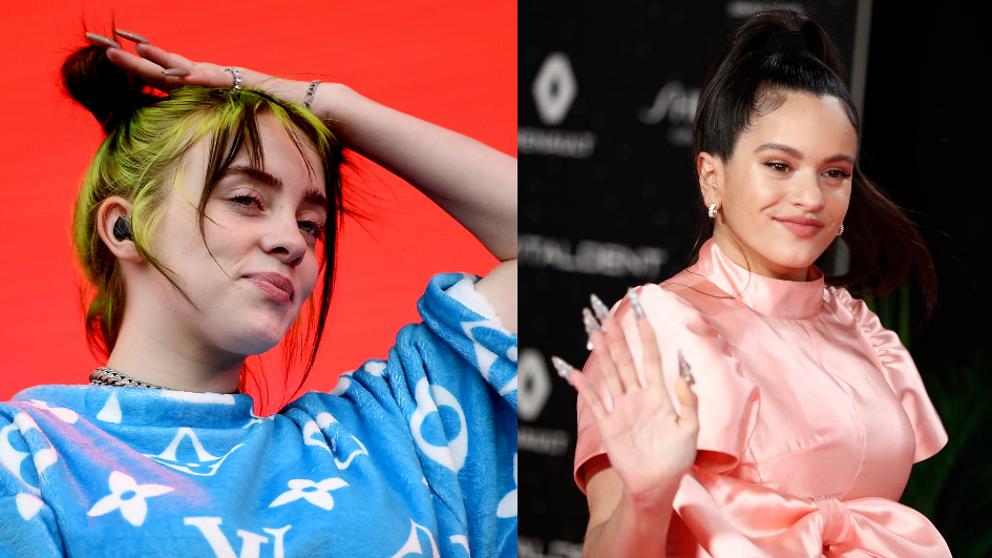 They are two of the names that are on the lips of the entire music industry and the most revolutionary women of recent decades. Join Rosalia and Billie Eilish In the same sentence it did not seem possible until, at the beginning of 2019, the news was released that both were preparing a collaboration.

But their relationship has crossed the frontier of the professional and both fall into flattery every time they are asked. Without going any further, in the last gala of The 40 Music Awards, Billie Eilish was awarded in the international category for the best ‘Album of the year’ and, after thanking the prize in a video, presented the following performance.


“She is the most talented, beautiful and amazing woman I have ever met in my life. La Rosalia! ”Said the Californian, before clapping her honor. A few words to which the Catalan artist has replied with a "I love you, Billie Eilish", through Instagram.

Rosalia already expressed, when the future collaboration that they had in hand, the devotion he felt for the singer: “I am impatient to finish our song. Sharing with you in the studio or seeing you act yesterday inspires me greatly. I love you B ”.

(Rosalia) She is the most talented, beautiful and amazing woman I have ever met in my life ”


A little less than a month ago, when asked again about this issue, the Catalan explained how his relationship forged: “When I published Badly, Billie was one of the first great artists who shared the video. It has been from the beginning. ”

Meanwhile, Eilish claims to admire Rosalia so much that, in an interview with The 40, said that after seeing his performance in Coachella he felt that his performance made no sense. "I really thought I couldn't get over something like that."

The whole truth about the Lennon family