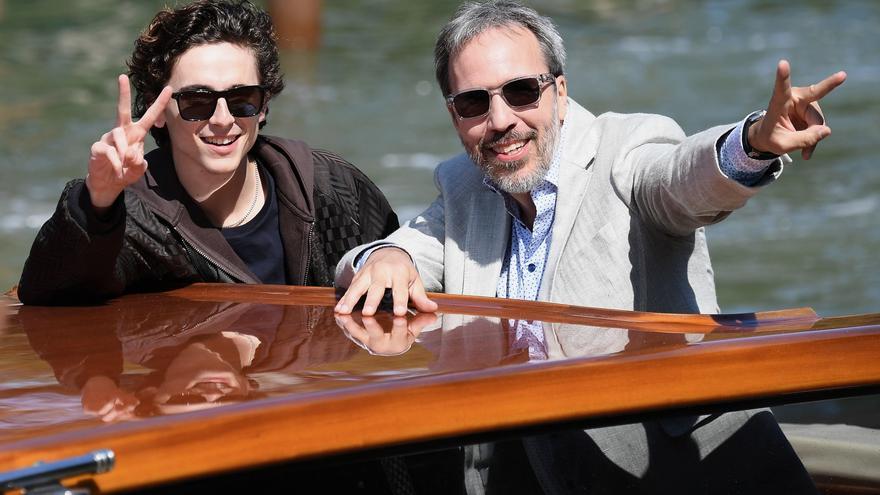 It was in 2016 when the Venice Film Festival put an end to a special sensibility for an auteur cinema that rarely reached the general public, to define itself as one of the windows that most correctly predicts what the titles will be. mainstream it’s from the season.

The contest happened in the blink of an eye to award a Golden Lion to films such as From there by Lorenzo Vigas or The Woman Who Left by Lav Díaz –one of his short films, as it lasted ‘only’ 3 hours and 45 minutes–, to grant the same award to The shape of water by Guillermo del Toro, Rome by Alfonso Cuarón, to Joker by Todd Phillips ya Nomadland by Chloé Zhao. We are talking about the fact that in recent years, half of the top winners in Venice won the Oscar for Best Picture, and the other half were the subject of an undeniable popular debate.

That in the juries of this festival there is currently a certain desire to take the temperature of the general public seems evident. That this year they manage to do it with the right thing that they did lately is not so clear. For now, this is what has been most applauded and booed in this edition, which will conclude next Saturday, September 11.

The first controversial title of the festival turned out to be the film that was expected to be: Duneby Denis Villeneuve. Having come out more or less unscathed in his two previous sci-fi tapes –The call and Blade Runner 2049-, Villeneuve addresses this time the work of Frank Herbert in an epic epic that does not seem to meet the expectations of the critics –which were perhaps always excessive–, but which has lit the fuse of a debate on the present and future of the blockbusters most interesting, in times of simultaneous premieres in streaming and in cinemas.

In Indiewire David Ehrlich rated her of “tremendous disappointment”, and in The Times Kevin Maher argued that it is so “visually impressive as boring”, so everything points to that Dune you will generate conversations that are within your budget. Neither will he be short of defenders like Xan Brooks, who claimed in his review for The Guardian that “his brilliance is out of this world”. It should have been released in December of last year, but it will finally see the light on September 17.

It was 12 years since the director Jane Campion had released a feature film, although it is true that in the meantime she signed two seasons of the excellent Australian series Top of the lake. This year he returns with one of the first films to arouse passions at this Venice edition: The power of the dog. Based on the novel by Thomas Savage – published by Alliance with a translation by Eduardo Hojman–, narrates the raw fight between two brothers.

“An exquisitely crafted movie”, according to David Rooney in The Hollywood Reporter, a “huge apology and refutation of the western”, according to Luis Martínez in El Mundo and “best Campion movie since The piano“, for Alejandro G. Calvo from Sensacine. In its cast, names like Benedict Cumberbatch, Jesse Plemons and Kirsten Dunst shine. It will premiere directly on Netflix on December 1.

In the shadow of this title, other approaches to an imaginary as complex as the western one have shone with their own light in Venice. We talk about Old henry, directed by Potsy Ponciroli and starring Tim Blake Nelson, about a pig farmer who takes an outlaw into his home, and the documentary Django & Django, about the filmmaker Sergio Corbucci with unpublished material and extensive interviews with Franco Nero and Quentin Tarantino. Unfortunately, neither of the two titles is guaranteed to be distributed in our country.

The victory of Titane in Cannes he put in the spotlight the contemporary heritage and absolute validity of a genre cinema that is often reviled, whose ancestry could be traced in names such as David Cronenberg or Takashi Miike. Venice is also not far behind when it comes to fantasy and horror.

Ana Lily Amirpour has not left anyone indifferent with her Mona Lisa and the Blood Moon, hallucinated journey of the hand of a woman who escapes from a psychiatric hospital and seems to have strange powers. The director, also responsible for a film as exciting as A girl comes home alone at night, is confirmed as a “teacher of subversion”, as stated Lovia Gyarkye in The Hollywood Reporter. Or a movie that “enjoys its own vulgarity”, as defined on Screendaily Wendy Ide. The film does not have a confirmed premiere in Spain, but it will open very soon the 54th Sitges International Fantastic Film Festival of Catalonia.

Similar sensations have provoked the new Edgar Wright film, Last night in Soho. It’s about a thriller fantastic about a designer who travels back in time when she sleeps, who has instilled in the festival a certain sense of unexpected but pleasant surprise. Wright, who seems to leave behind the time of the Cornetto trilogy that made up the hilarious Zombies Party, Fatal weapon and Welcome to the end of the world, takes very seriously a psychological drama that according to Víctor Esquirol in Other Cinemas is “loaded with political content”. It is scheduled to be released in theaters on November 5, but before that it will also go through the Sitges festival.

At 75 years old, Paul Schrader has shown at this Venice edition that he continues to have enviable creative health. Who was the scriptwriter of Taxi Driver and wild bull premieres a film that he directs and writes: The Card Counter. It is the story of an ex-military man convicted of torture, who is released from prison having learned to count cards at poker, and tries to make a living by ripping off the best casinos in the United States. “One of the brightest proposals of his career,” he defends critic Glenn Kenny, and “the best film of the Mostra” for Sensacine.

The truth is that in light of very interesting previous proposals such as The priestIt seems clear that this film must be traced. Although it is very likely that he will not take anything at the festival, it may have a similar route to that of that 2017 film, which was nominated for Best Original Screenplay at the Oscars.

The work of the Chilean Pablo Larraín is interesting, despite the fact that his film, Spencer, it has left the audience rather cold. “Larraín repeats the play of Jackie, this time approaching the figure of Diana of Wales from a tangential and kaleidoscopic perspective “, Manu Yáñez writes in Fotogramas. “Stuffy and conventional portrait of Lady Di”, according to Pepa Blanes in the SER.

Why should we be vigilant about Larraín’s work despite his cold reception? Because it was received that way on other occasions with films as elusive and difficult to synthesize as Jackie, Neruda or Ema. Larraín always has an ace up his sleeve. Spencer It does not have a specific release date in our country, but it hits the screens of the United States in November.

There are several days of the festival to go and there may still be surprises. Remain to be seen yet The last duel, the new from Ridley Scott, Leave No Traces by Jan P. Matuszynski or An autre monde by Stéphane Brizé when we have the information. While waiting to see how the Venetian appointment is resolved, we must highlight two long-awaited literary adaptations.

One is The event, based on the novel by Annie Ernaux, Posted by Tusquets and translated by Berta Corral. It is directed by the practically unknown Audrey Diwan and one could venture that it is one of the surprises of the festival due to the consensus it has generated in the critics. The other is The Lost Daughter, based on the novel The dark daughter, published by Lumen and translated by Edgardo Dobry. Maggie Gyllenhaal jumps from acting to directing in a debut starring the remarkable Olivia Colman and Dakota Johnson, and that on Screendaily They describe it as “superbly directed”.