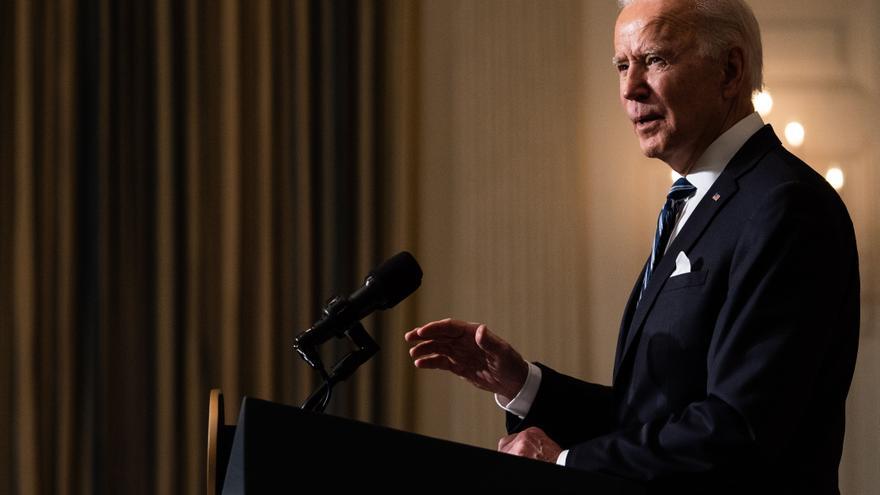 The president of the United States, Joe Biden, will sign three executive orders on Tuesday that seek to reverse the immigration policy of Donald Trump and its consequences. Among them, the US president will order the formation of a working group that will aim to reunify minors who were separated from their parents after crossing the border under the government of Donald Trump.

Biden “has made it clear that reversing the Trump administration’s immigration policies that separated thousands of families at the border is a priority,” says a senior White House official in a phone call to several journalists. The group will work with partners in the countries of origin to find the parents of the minors still in government custody.

As published by CNN, the working group will be chaired by the secretary of the Department of Homeland Security and will work across the entire US government. The same medium recently published that it is expected that first lady Jill Biden take an “active role” in reunifying families.

Although there is no exact figure on how many of the minors separated by the Trump administration under the “zero tolerance” strategy are still far from their parents, it is estimated that they are just under 1,000. According to a December court document, there were 628 minors who were still separated, of which 333 had their parents in the United States and 295 in their countries of origin.

Biden will sign a second executive order focused on managing migration at the border by defining Trump’s policy as “chaotic, cruel and confusing.” Among other measures, this decree aims to “reestablish the asylum system,” creating avenues for Central American applicants to reach the United States. In addition, it orders the Department of Homeland Security (DHS) to review the Remain in Mexico program, for which thousands of Central Americans are waiting their turn on the Mexican side of the border and which Biden has already ordered suspended.

Finally, the third executive order seeks to review “from top to bottom” all recent measures approved by the Trump Administration that have “established barriers” to the immigration legal system, such as penalties for the use of public benefits.

“The previous administration enacted hundreds of policies that go against our history and undermine the character of the US as a land of open and welcoming opportunity,” says the official. These executive orders on immigration will be added to those signed by Biden on his first day in the power.

Among those measures, Biden ordered the suspension of the construction of the border wall with Mexico, lifting the veto on migrants from Muslim-majority countries and shielding the DACA program, which grants work and residence permits to 650,000 undocumented youth.