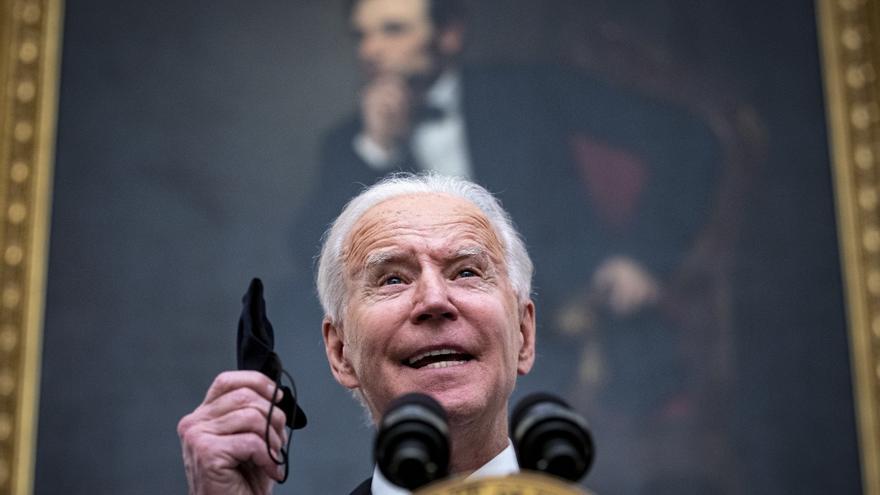 Washington, Jan 22 (EFE) .- As soon as he took office as US president, Joe Biden requested the resignation of the executive director of the Agency for Global Media (USAGM, in English), Michael Pack, appointed to that position by Donald Trump and much criticized for having damaged the credibility of the agency.

In a letter sent to his employees and accessed by Efe this Friday, Pack cited Biden’s desire to have new leadership in the Global Media Agency, which includes, among others, the Voice of America (VOA), Radio Free Europe / Radio Liberty, Radio and Television Martí and Radio Free Asia that reach an audience of 350 million people.

“I serve according to the wishes not of a particular president, but of the office of the president itself. The new Administration has requested my resignation and, therefore, I have offered it at two in the afternoon today,” Pack said in his letter on Wednesday, the day Biden took office.

Pack, a faithful ally of Trump, assumed command of the Agency for Global Media in June 2020 and immediately fired the directors of the different media that depend on that entity to replace them with people loyal to the former president, who during his mandate maintained a conflictive relationship with the press.

In addition, Pack investigated journalists who, in his view, were biased towards Trump and rescinded a regulation designed to protect the independence of the group’s journalists.

It also refused to renew the visas of some 80 foreign journalists working for the Agency for Global Media, which meant the dismissal of many of them and the return to their countries of origin, including China, Ethiopia or Eritrea.

In this regard, the Committee to Protect Journalists (CPJ) denounced that such measures endangered the lives of reporters, who could face reprisals in their countries of origin for having worked for an agency of the US Government

During the campaign, Biden’s team already showed their dissatisfaction with Pack and on Wednesday the new president appointed his replacement: Kelu Chao, who for years worked at the Voice of America, where he held the positions of reporter, head of the service in Mandarin and director of the East Asia division, among others.

As head of the Global Media Agency, one of the first actions that Chao took was to remove Robert Reilly, who had been appointed director of the Voice of America in December, and replace him on an interim basis by the Spanish Yolanda López, who joined to VOA in 2015 as head of the Latin America Division.

Finally, in the last hours, Jeffrey Shapiro, who had been appointed to direct Radio and Television Martí, presented his resignation.