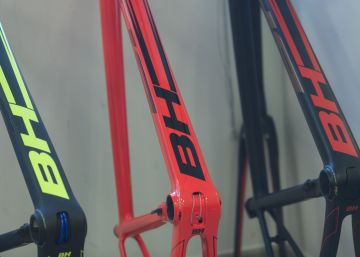 The centuries-old BH bicycles, converted into a symbol for several generations that grew up giving pedals on their wheels, do not lose the pull of yesteryear. The Vitorian company, founded in 1909 and specialized in the commercialization of bicycles and accessories related to the world of cycling, accumulate eight consecutive benefit years and in the last year for which data are available (2018), it generated sales of 50 million, its second best record of the decade.

The Basque company, created by the Beistegui brothers (hence the acronym BH), began its activity dedicated to the manufacture of weapons, but after the First World War took a turn to its activity and began manufacturing bicycles, experiencing a development that It has led until today.

In their financial statements The company highlights that “the evolution of the Company’s activity has been satisfactory” and is “moderately optimistic for 2019“As he hopes to” increase sales. ” However, he points out: “We are experiencing a general uncertainty about the current economic situation, with the difficulty this means in planning the future.”

As part of its business diversification, in 2019 BH has opted for gyms in hotels. As reported Five daysSince the division was created to install sports equipment (weight training machines, indoor bicycles or cardio machines) in neighboring communities, companies or hotels, the latter has had the most development. In fact, it has already installed 150 gyms under the flexible renting model. This division already accounts for 15% of the turnover thanks to agreements signed with Iberostar, AC Marriott, ABBA, Silken, Oh! Tels, Hipotels or Bests Hotels.