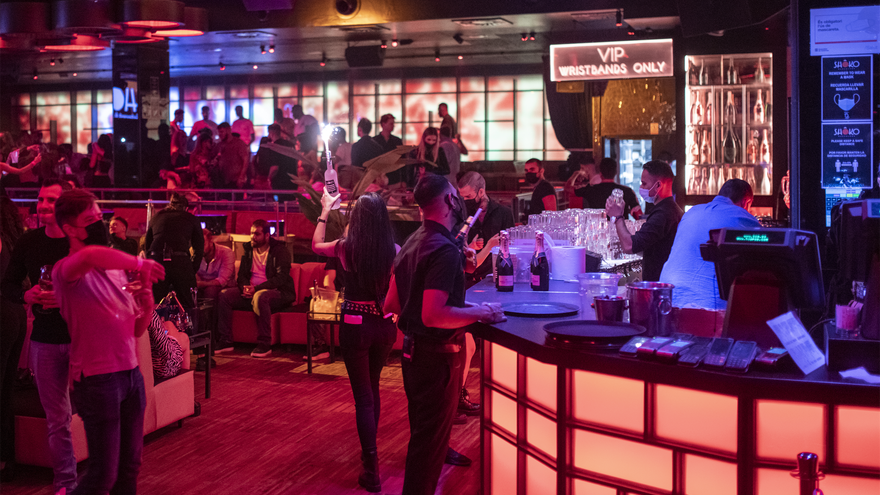 A bottleneck… of bottles. The reopening of the hospitality industry, after lifting the capacity restrictions due to the pandemic, has caused an alarm situation among hoteliers and customers due to the lack of some brands of alcoholic beverages, especially international ones, and has raised doubts as to whether it will be reached Christmas, to company, family or friends celebrations, with enough stock of brands or if gins, vodkas or even wines and beers will be lacking.

"Seven out of 10 bottles of spirits are sold in the hospitality industry and with the reopening there has been a supply peak, from all asking at the same time. They are purchases that, the same thing, the hoteliers do not make again in a year," he explains. Bosco Torremocha, director of Espirituosos Spain, the employer's association of high-alcohol beverage manufacturers. A problem that also adds to the world trade jam, due to the lack of ships, containers and raw materials.

"All this has meant that in some cases, not in all categories or in the best-selling brands, there are stock breaks and a certain nervousness is moving," Torremocha acknowledges in conversation with elDiario.es. "We have had more orders in a few weeks than in the last two years and there have been problems serving them but, in two or three weeks, it will tend to normalize."

The spirits sector comes from a 2020 in which the drop in sales was 33%. In Spain, in the year with the greatest impact of the pandemic and confinement, 141 million liters of high-alcohol beverages were sold, compared to 210 million liters a year earlier. A drop in sales that slowed production and changed warehouse supply speeds and volumes.

In recent weeks, however, with the end of the restrictions and the reactivation of the hospitality industry, these rates of demand, distribution and manufacturing have been altered and have caught the entire sector with a different foot. Also, in the case of wine. "When the horizon has cleared, restaurants have begun to fill warehouses and there has been a strong pull in demand", explains José Luis Benítez Robredo, general director of the Spanish Wine Federation (FEV). "It is a replacement phenomenon," he adds.

A pull that also reaches the other side of the production chain, to glass manufacturers. "The demand is being disorderly and abrupt, when normally it is orderly", argues Karen Davies, general secretary of the National Association of Companies of Automatic Manufacture of Containers (Anfevi). "Suddenly, more containers are requested and a bottleneck is created. A peak in demand that, furthermore, is aggravated by the fear of rising prices, energy, raw materials, etc.", he lists.

The different industry sources consulted by elDiario.es frame the problem at a specific moment and try to convey a message of calm in the face of the weeks with more social celebrations of the year.

"We are convinced that the situation will normalize before the end of the year and that there will be no problems for Christmas," Torremocha emphasizes. "Those companies that have a bigger problem are working in triple shifts to be able to reach orders; and the problems of supplies, bottles, cartons, or labels, is something that we are seeing that tends to soften."

In the hospitality industry, they assume that lack of products and trust that customers will understand that if there is not one brand, there will be another. Víctor Toller, manager of the Ocean Rock Bar, a local in the Malasaña neighborhood of Madrid, perceives the problems in the supply chain, especially with regard to the brands of two multinational companies in the sector, Diageo and Pernod Ricard. "To this day, what I cannot find is Seagram's but it is true that there is supply from other brands. In the end, it is talking to the customer, who will understand it," he says.

"What is not going to be imported alcohol. Maybe they tell you that there is no Brugal but there is Barceló or Areucas. In any case, I very much doubt that there will be no alcohol at Christmas ”, he points out.

Neither Diageo (owner of brands such as Johnnie Walker, J&B or Tanqueray) nor Pernod Ricard (Absolut, Ballantines or Havana Club, among other labels) have responded to the request for information from elDiario.es on what situation they are in.

Yes, Beam Suntory, owner of the beverage distributor Maxxium, responsible for brands such as Brugal, DYC or Larios, has. A Maxxium Spain spokesperson confirms that "they are currently confident, based on forecasts, that they will continue to be able to meet the demand of their portfolio clients."

Nor do the breweries see impending clouds. "At Mahou San Miguel we do not have, nor do we foresee in the short term, any problem of supply of raw materials or materials such as glass or aluminum. Logically we are aware of the tensions that exist in the market but to us, today, It is not generating any impact on us, "they indicate from the company, which also owns brands such as Alhambra or Solán de Cabras water. Heineken, another of the multinationals in the sector, prefers not to comment.

Yes, Cerveceros de España does, which represents practically all production in Spain. The association has no evidence of shortage problems. "The beer sector uses mostly ingredients of Spanish agricultural origin and 90% of the beer we consume is of national origin", they justify.

Where the spirits sector does see problems is in exports, again, due to bottlenecks in the supply chain. "Four out of every ten bottles are exported: brandy, liqueurs or anise, for example", points out Bosco Torremocha. "We are noticing the rise in freight prices, delays and tensions in customs, where we ask that the procedures be streamlined."

On the other hand, the wine sector is not suffering in its exports because shipments for the final stretch of the year were already made in August and September, according to the director of the Spanish Wine Federation

He explains that wine has its times and that means that the production that is going to be drunk in the key weeks of celebrations is already outside the wineries. "With the wine there will be no problems. Most of the wines are already on their way to the warehouses. The vast majority are aged in the bottle and it does not affect if there is a shortage of packaging. Now those that are in the bottling phase are, above all , the white wines and the youngest ones ", affirms José Luis Benítez Robredo.

In the same vein, sources from a winery group are pronounced. "We have seen problems with suppliers, glass, paper or cardboard for labels, but they are being solved. Not forgetting the prices of electricity and that margins are falling too short," they lament.

A problem, that of light, that the glass sector is also experiencing. "Prices are rising. We have been assuming fixed costs for years, but the current situation, with the increase in energy, worries us a lot", argues the general secretary of Anfevi, the association that concentrates 95% of glass production in Spain .

"There are many companies we serve, 8,000 Spanish," says Karen Davies. A production that is not only for beverages but also for food, where there is an increase in the consumption of glass, because there are producers who are leaving plastic aside.

"We are at a peak of demand and, to normalize it, it will take a few months. For our part, there will be no production stoppages, unless energy costs are much worse. That is why we ask the Government to listen to us" Davies points out, as it is an energy-intensive sector. "If the cost exceeds the benefit, we would have to rethink the activity and we do not want to reach that situation," he concludes.

In conclusion, the beverage industry recognizes problems that have disrupted the supply chain on the eve of key dates for consumption, but is confident that they have changed the pace diligently enough to have solved the problem.