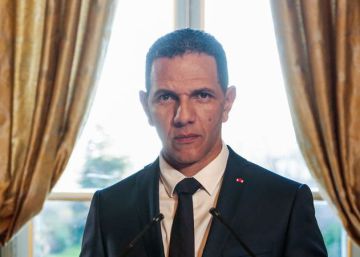 It is clear that some French series dissect the ins and outs of power and the real problems of the country effectively. The new example of this disclosure is The Savages (Movistar), with six splendid chapters created, written and directed by Rebecca Zlotowski in which basically xenophobia and jihadist delirium are analyzed, so complementary.

The plot starts with the electoral victory of which he will be the first president of the Republic of Maghreb origin. He has studied at Harvard and does not give up his roots. In other words: it has conservative politicians and its voters in front. The twist of the script is that since the beginning of the series it is proven that its most violent enemies are radical Islamists. The fear of the unknown on the right, with its ability to hinder electoral results with the established legal corpus, intermingles with the fanaticism of the holders of absolute truth whose main argument is violence.

In The Savages no sentimental relationship is despised, with a certainly lower incidence in history. Will writers who pretend to tell a political issue ever be able to ignore love relationships? Not in series as extraordinary as House of Cards, Homeland or Borgen love is excluded no matter how much your story brings anything substantial to the story. Not even in a Norwegian series as sober as Ocuppied he departs, although in his case love is between two women. In any case, The Savages It is an excellent series and with a final speech by the president-elect on diversity and coexistence that should be distributed free of charge in the Congress, in the Parliament and in the City Hall of Vic.