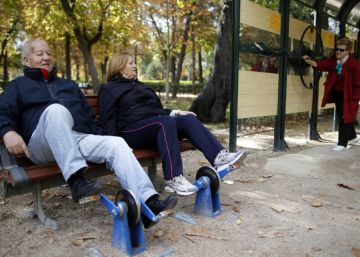 The statements of the Court of Auditors are little debatable and, in my case, I fully assume them. Nobody in their right mind can doubt that, from the point of view of the solvency of Social Security, the transfer of funds is preferable to the loan. It should be remembered, however, that never in its more than one hundred years of history has the State demanded a refund of a loan to Social Security and neither has it returned it. The State Administration is an affable lender and, therefore, try to cause social alarm with an alleged "bankruptcy" of the system without explaining that Social Security is not a company but a part of the State, at least exaggerated. In any case, the subject requires a more rested and deeper analysis that has a first chapter: knowing how we got here.

For starters, the net worth of Social Security was 75,019 million euros at the end of 2011, having grown steadily year after year, including the first four years of the crisis (from 2008 to 2011). Only after the labor reform of 2012 and as a result of it, it became necessary for the Government of the Popular Party to compensate the decrease in income due to contributions, caused by the decrease in salaries, resorting to the mechanism of withdrawing year after year resources of the Social Security funds. The Professional Contingencies Fund was first used and then the Reserve Fund, now reduced to its minimum expression. On January 9, 2012 I wrote in EL PAÍS (Salaries and pensions can not be separated) that the sustainability of the system "… advises that the contribution bases and pensions have growth in parallel"; and added: "if income and expenses have a mixed evolution over a prolonged period of time, no projection or forecast is capable of setting a sustainability scenario". A few days ago I heard some reasonable statements from a deputy director of the Bank of Spain in which he commented that "he did not have a crystal ball". I did not count on her either in January 2012, but it was not necessary. Of course, those who today fill their mouths talking about bankruptcy, then applaud the reform without asking for compensation for pensions, compensations like those we applied from 2008 to 2011: we maintained the base for the contribution of public employees' salaries, quotation of the unemployed over 52 years old or the quotas of family caregivers and, in this way, we precariously guarantee a balance of the system devastated by the increase in unemployment. Then the employment began to grow but the income of the system has still not recovered, not from the effects of the crisis, but from the consequences of the labor reform.

For readers to get an idea of ​​how the impact of reducing or raising wages in Social Security income is translated into numbers, between 2011 -the last PSOE government- and 2017, Social Security income for social contributions grew from 105,311 million euros to 109,222. This means that, in six years, the contributions registered an accumulated increase of 3.71%. It is striking that, only in the first five months of this year 2019 – from January to May – the same income from social contributions increases at a rate of 8%. In five months, revenues increase more than double that of 2011 to 2017.

But, this change of trend should not deceive us. This is not enough. And it is not because, in the aforementioned period, current transfers (maternity, paternity, pensions) grew from 118,338 million to 142,071, despite the fact that the famous IRP of 0.25% was applied, that meager and reviled revaluation. We therefore need greater public contributions, committed to the Electoral Program of the Socialist Party, which must finance the non-contributory expenses, the amount of the bonuses such as the flat rate and other policies that the Social Security continues to pay with contributions and loans. We need decisive reforms in those services that have a configuration or an inappropriate use. We must reach an agreement for this in the Monitoring Commission of the Pact of Toledo and unions and businessmen in the Social Dialogue Table. History shows us that this process of double consensus is one of the great strengths of the Spanish Social Security, which is an example both inside and outside our borders. A decision adopted without a broad degree of consensus has a very short course. On the contrary, an agreement that enjoys broad political and social support and based on three main areas – improvements in financing, benefit agreements and democratic and social control of the agreements – will guarantee that public pensions will be sustainable. Even for those who think that the system is not going to protect them.

At another time in my life, I read carefully the polemics among French intellectuals about the colonial war in Algeria. In one of them, Sartre, critical of the French intervention, questioned Camus, who apologized: "What does Camus do to solve the problems of the world?" Camus replied: "Do not increase them." In this last year, we have dedicated ourselves to the Government, to improve revenues and reverse the previous trend. But it is frustrating that those who cheered the path from 2012 to 2017 now intend to give us lessons on how to get us out of it.

Octavio Granado is the acting Secretary of State for Social Security