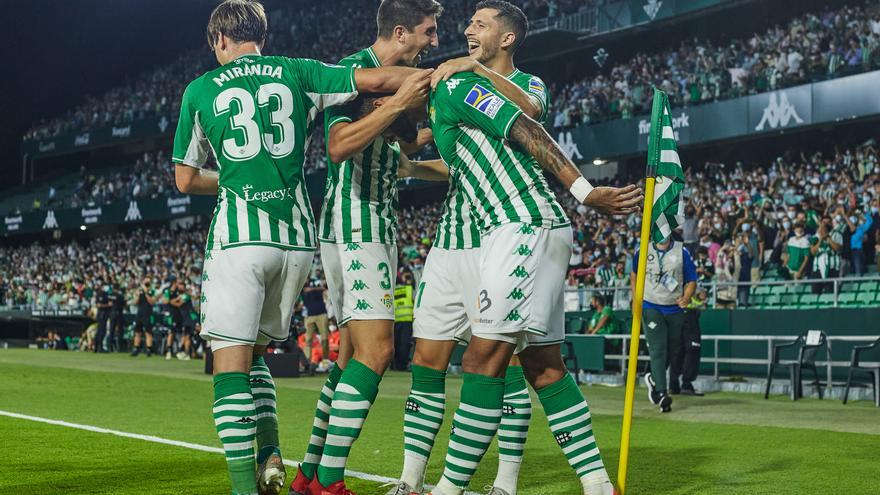 Betis won for the first time at home in LaLiga and did it with clarity and sufficiency with two goals (2-0) from Brazilian Willian José, one in each period, before a Getafe that he never gave the feeling of being able to do something in Seville and that he ends the seventh day of the tournament as a solo bottom player and without having yet added a single point.

At fourteen minutes the striker on loan from Real Sociedad scored the first and ten minutes after the restart the second, two goals for him. Betis That could have been some more because up to four times the ball was repelled by the posts in green and white attempts.

Chilean Manuel Pellegrini’s team appeared for the fourth time in this league in his stadium in search of that first victory at home, after losing to Real Madrid and drawing against Cádiz and Espanyol, and starting to match the good numbers he has as a visitor, as he demonstrated with 1-3 in the past Thursday in Pamplona against Osasuna.

The Chilean coach remained faithful to his idea of ​​rotating his men in one season in which there is continental competition, which will happen next Thursday, in which he travels to Hungary to face Ferencvaros on the second day of the Europa League.

Getafe coach, José Miguel González ‘Michel’, came to the game with many casualties but already with the need to release the locker after accumulating six defeats in the first six days of LaLiga.

The Madrid team did not want to risk with the ball at the start but the Sevillian team did not forgive them in the pressure and a Loss of the ball by David Timor ended in an advance by Frenchman Nabil Fekir and a precise shot by Willian José.

The striker, before the first quarter of an hour was completed, put the 1-0 and the third goal in his personal account after he had already scored in the previous two days, against Espanyol and Osasuna.

Soon the situation got bad for the visiting team and it could get worse when Fekir, very involved from the start, crashed a ball into the squad at nineteen minutes and with goalkeeper David Soria beaten.

Betis, despite having the score in their favor, did not slow down and had in the Portuguese William Carvalho to a great ball retriever who gave the top players a lot of play, while Getafe could barely get past the center of the field and when they did, the local defense was safe.

The dominance of Míchel’s team was somewhat shaken in the final stretch of the first half, but never with the feeling of disturbing the Chilean goal Claudio Bravo, practically unprecedented in this period, in which Getafe had to replace due to injury shortly before from half-time to Serbian midfielder Nemanja Maksimovic, who was replaced by Uruguayan Damián Suárez.

In the second part the Madrid coach tried with the entry of Sandro Ramírez by the Mexican José Juan Macías to give something more mordant to his team against a Betis in which Sergio Canales remained on the bench and was replaced by the youth squad Rodri Sánchez.

Getafe’s intentions were soon broken, because a quick triangulation play by the Verdiblancos ended up in the visiting area, where once again Willian José, in a ball that finally came bounced from a rival, made it 2-0, the fourth goal. as Betic.

A lot of weight on the back of the azulón team, who also shortly after wasted his first chance to score in the boots of Turkish striker Enes Ünal and the possibility of getting into a game in which Betis never relaxed, as Borja Iglesias showed shortly after entering the field with a ball that repelled the crossbar after David Soria touched it before.

The lack of aim and the sticks prevented the locals from achieving another goal in a game that ended with Betis without stopping pressing and with a Getafe that never gave the feeling of being able to start something from Villamarín.

Incidents: Match of the seventh day of LaLiga Santander played at the Benito Villamarín stadium before some 35,000 spectators, approximately sixty percent of the capacity, which is the maximum allowed due to sanitary restrictions due to the pandemic.