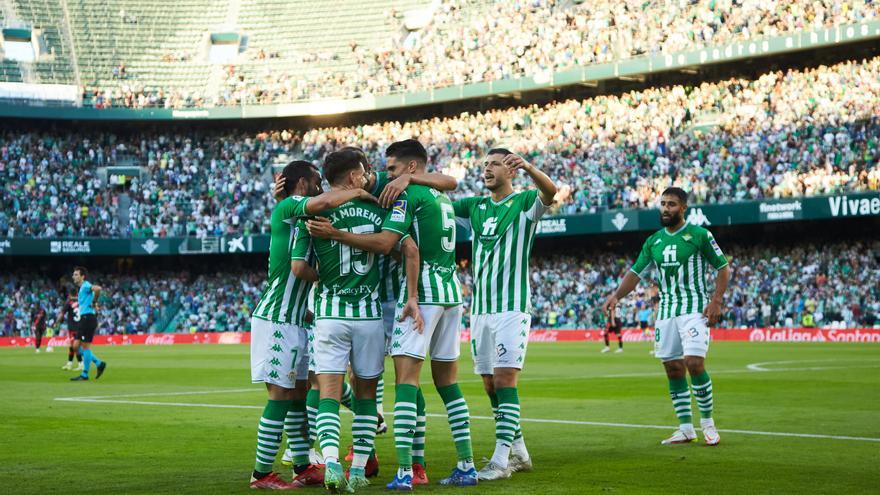 The Betis was promoted this Sunday to European positions after winning (3-2) at the Benito Villamarín stadium at Vallecano Ray, one of the revelations so far this season and that he demonstrated in Seville with his combative football, which he made the Verdiblancos suffer until the final whistle.

Álex Moreno and Juanmi Jiménez scored for Betis before the end of the first hour but Rayo shortened the deficit (2-1) in the extension of the first half after a great local defensive failure that was taken advantage of by French Randy Nteka. Already in the second, the visitors tied through Álvaro García and with a quarter of an hour left the Brazilian Willian José, from a penalty, put the final 3-2.

Two offensive proposals met at the Sevillian stadium, with teams well placed in the classification that wanted to continue with their good feelings, in the case of the Madrilenians more surprising to be a team that returns this year to the highest category.

The coach of the Verdiblancos, the Chilean Manuel Pellegrini, as is usual for him this season in which the Europa League also plays, rotated the players on his squad a lot, although almost always with the presence of Sergio Canales and especially the French Nabil Fekir, who already showed his good moment with a shot with intention before the first five minutes of play were completed.

El Rayo, in which Colombian striker Radamel Falcao was initially left on the bench, had to withstand the foreseeable push from the locals without having options to leave his field due to the pressure exerted by the rival and the short duration that it lasted. the ball in your possession.

It was not until twenty minutes when Andoni Iraola’s formation triangulated the ball on the Betis field, but it was an action without consequences that preceded the Verdiblanco both, the work of an ex-Rayista like Álex Moreno, who took a strong shoe to beat the Macedonian goal Stole Dimitrievski.

The effectiveness of the Andalusian team was more, because two minutes later it was Juanmi Jiménez who made it 2-0, not without some uncertainty because it was consulted in the VAR if the Malaga striker had previously controlled with his hand.

The goal went up to the scoreboard and before the half hour was up the game was already very decadent for Pellegrini’s men, who in this half had the setback that their central Édgar González saw a yellow, with which he already accumulates five and will have to serve a penalty game, next Wednesday in this same scenario against Valencia.

But the big problem came in the prolongation of the first half when in a play already finished without danger, Álex Moreno yielded to his goalkeeper without knowing that a rival was among them, a set that ended with Nteka’s goal.

A game on track for Betis went to rest with a 2-1 that left it open for the second, in which Iraola took Isi Palazón and Santi Comesaña out from the start to continue the reaction, although his opponent also pressed to achieve another goal that would restore his peace of mind.

It was the Vallecano team that, without reaching much, hit the rival’s goal in the 64th minute, with both Álvaro García, his fourth this season, after a pass from Argentine Óscar Trejo, which made Pellegrini react when he entered the field to his two Mexicans, Andrés Guardado and Diego Lainez, and also the Gipuzkoan coach who put Falcao in for Trejo.

After that, the penalty of the Albanian defender Iván Balliu soon came to Álex Moreno and the transformation of Willian José in the absence of a quarter of an hour before the regulation time was fulfilled, time in which the Ray tried with everything a new equalized that did not I arrive.

Incidents: Match of the tenth day of LaLiga Santander played at the Benito Villamarín stadium, which was attended by about 45,000 spectators. A minute’s silence was observed for the death of Luis Belló, Betis coach in the 1966-67 season. Before that, the futsal team of the Verdiblanco club, which plays in the highest national category, also appeared on the field of play.