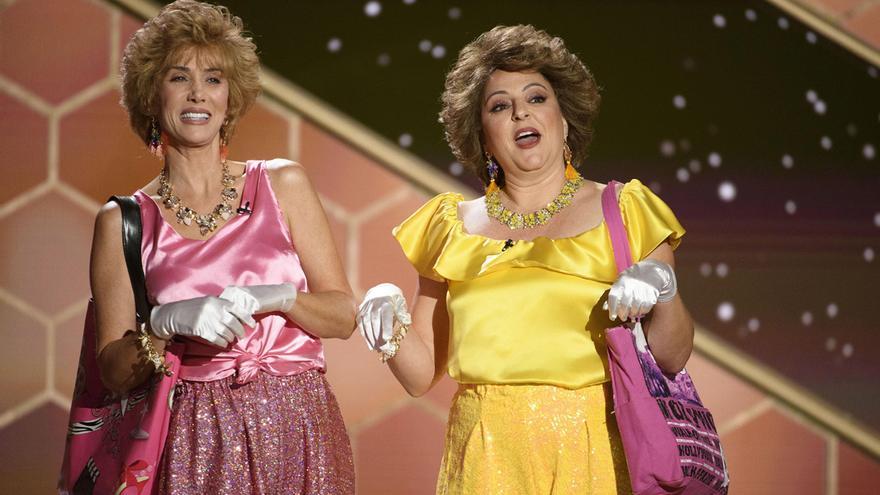 In its 78-year history, Golden Globes celebrated this Monday one of their most unusual and complicated finery, since, to the objective of building a three-hour ceremony with continuous video calls, the difficulty of coping with the accusations of corruption and favorable treatment accumulated by the organization.

Like the Emmy and Latin Grammy Awards, these awards adapted their format to the pandemic. There was no Red carpet, no star gathering, no after parties and they pulled a lot of video calls. However, the big stars they tried to bring their glamor habitual through their social networks.

In addition, by awarding a varied list of categories in film and television, the common proportion of technical errors increased.

Between speeches that were cut or audios that did not arriveThere were several moments in which the need for the Hollywood Foreign Press Association (HFPA) to open the doors to new incorporations was repeated, especially important since there is not a single black member in its ranks.

The two presenters of the night, Amy Poehler and Tina Fey, they referred to this matter from the beginning of the gala.

“The HFPA is made up of 90 straight whites,” Poehler quipped when explaining the rules.

In reality, there are only 87 members of the organization, accused of monopoly and of seeking favorable treatment by not allowing new incorporations and keeping their contacts with Hollywood studios in a “small committee”.

According to Poehler, “There is a lot of nominated crap, and that’s the thing about these awards. They missed a lot of work done by African-American people. There are no black members in the HFPA and inclusion is important. “

The galas of video calls do not finish curdling

Poeheler and Fey were successful in the challenge of presenting a ceremony more than 4,000 kilometers away. The first he did from Los Angeles and the second from New York before a limited audience of essential workers.

With the screen split in two, the two presenters got forge a complicity and freshness that was never repeated in the rest of the gala.

There was winners those who were not listened to, such as Daniel Kaluuya; speeches that went decaffeinated like that of Mark Ruffalo, despite his fiery plea for diversity, and scenes of utter confusion, like the phone that rang while Catherine O’Hara thanked her award from the living room.

Not even the guests themselves could hide their surprise at the circumstances.

Jane Levy used to say “this is so weird” to the rest of nominated for best actress in a comedy, just before going into publicity. Later, David Fincher would have a shot in front of the webcam.

The Grammys will still have a chance and the Oscars, along with a handful of minor finery, to perfect the technique of pandemic finery, completely lackluster without the possibility of gathering so many stars in a few square meters.

Cold apologies from the HFPA

Another of the strange moments was the minute of apologies and commitment to improve expressed by the directors of the HFPA, after the Los Angeles Times newspaper took out the dirty laundry of this organization.

Three members appeared statically on stage to acknowledge that “they have a lot of work to do” to promote diversity and renew the association, much discredited in Hollywood cliques.

After that cold and hieratic intervention, the subject did not come up again.

The memory of Chadwick Boseman, who died in 2020 at the age of 43, flew over the gala when he posthumously won the award for best dramatic actor for “The mother of the blues.”

His widow, Taylor Simone Ledward, accepted the award on his behalf: “He would have said something beautiful, something inspiring, something that would amplify the little voice in all of us (…) I don’t have his words, but we have to take advantage all the moments to celebrate with those we love, “she said through tears.

The audience was missed standing after the moving speech, shared by video call.

Jane Fonda starred in the other great moment of the night by receiving an honorary award at the age of 83.

“We are a community of storytellers. And in times of turbulence and crisis like this, stories have always been essential,” said the legendary actress, for whom time does not pass.

In the television section, “The Crown” and “Lady’s Gambit” were the winners of the night.

“Borat” and “Nomadland” triumphed in the film section, paving the way for the Oscars, which, in April, will have to perfect this less lucid and Hollywood way of presenting awards. Chloé Zhao’s film made history not only for winning the award for best director for a female filmmaker, something that had not happened since 1983 with Barbra Streisand for ‘Yentl’, but it has also marked a milestone in terms of production.

Laura Pausini became one of the great winners when she took him Best Original Song Award – with Diane Warren and Niccolò Agliardi – with “Io Sì” https://www.laprovincia.es/ “Seen”, main theme of the Netflix movie “Life ahead”, starring Sophia Loren and directed by Edoardo Ponti.