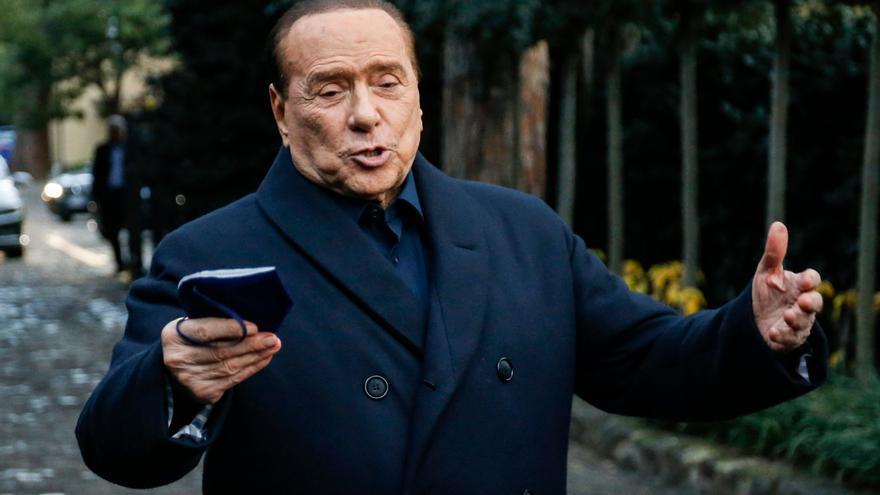 Former Italian Prime Minister Silvio Berlusconi announced his resignation to his partners on Saturday to aspire to the head of state two days before the start of this parliamentary process, they reported in his conservative coalition.

The tycoon, in his mansion in Arcore (north), met this afternoon by videoconference with his ministers and collaborators to study his possible candidacy for the presidency of the Republic, for which he has been trying for days to gain parliamentary support.

Then another meeting took place with his coalition partners, the extreme right-wingers Matteo Salvini and Giorgia Meloni, and he conveyed to them his decision to resign and jointly propose a name.

"A decisive and fundamental choice, Berlusconi offers a great service to Italy and to the centre-right, which will now have the honor and responsibility of giving its proposals without vetoes from the left," Salvini said in a brief statement.

One of Berlusconi's demands was that the current prime minister, the economist Mario Draghi, whose name is the main bet for the position, continue to lead the government, and another candidate be chosen to propose to the rest of the political forces.

On Monday the Italian Parliament, meeting in joint session -630 deputies, 320 senators and 58 regional delegates-, will begin to vote for Sergio Mattarella's successor as head of state for the next seven years.

Neither the right nor the left have enough seats to impose a candidate and that is why Berlusconi's aspirations had blocked the negotiation, since his rivals, such as the Democratic Party or the 5 Star Movement, saw him as "unacceptable".

Tomorrow, Sunday, all the Italian parties will hold assemblies and meetings with other leaders to iron out strategies, since the agreement still seems distant.

Draghi is one of the favorite bets because he has great support and in fact has led a government since February 2020 to manage the pandemic, supported by all the parties in the hemicycle except for Meloni's ultras Brothers of Italy.

The former president of the European Central Bank had dropped his availability to access the highest position in the country in the traditional press conference at the end of the year, but his "promotion" is feared by some parties because it could lead to an early election.

Since his arrival at the Quirinal would imply having to look for a substitute for him in the Executive as prime minister, and it is not clear if the parties would be able to find an "impartial" figure like him to bring the legislature to its natural term, in 2023.