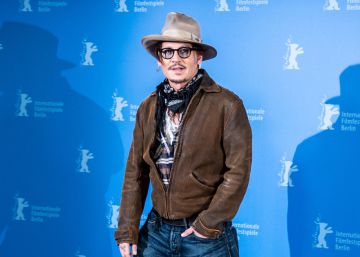 There cannot be two more different faces of confronting the life of an artist than those that were released yesterday in the 70th Berlinale On the one hand, the first title in competition, Nascondermi volleyball, of the Italian Giorgio Diritti, who has been delving through the cinema from the beginning of the nineties into little banal topics, such as immigration, childhood or art, and here shows the life of Antonio Ligabue, great of naive art, which achieved fame in the fifties of the last century. On the other, in the Special section, Minamata, by Andrew Levitas, a multidisciplinary artist who has pecked from time to time in the cinema and describes the last great report in 1971 of the mythical photographer W. Eugene Smith, who gives life Johnny Depp.

The comparison is pertinent because where Diritti uses subtlety, fluid camera movements, assembly in favor of the viewer’s immersion in the terrible existence of Ligabue, he becomes the biopic of Levites in ax cuts, unusual – in the worst sense of the adjective – camera positions and in a narrative that distorts the hardness of the facts told. But, above all, each has given a very different space to its protagonists: Elio Germano (that won ex aequo the prize for best performer in Cannes with Javier Bardem in 2010, a fact that could be repeated in this Berlinale), in Nascondermi volleyball; Johnny Depp, the star of the day in this contest, in Minamata

Ligabue deserved a movie. In the fifties of the twentieth century he achieved success thanks to his naive paintings after decades of turbulent life. Born in Switzerland, the son of Italians, given in foster adoption, his mental problems made him enter numerous times in nursing homes and psychiatric clinics. Expelled from Switzerland in 1920, in Italy he tried to make a living without knowing anything about the language (he spoke German). His outbursts, his deformed face, his acts of self-mutilation hid a prodigious artist, who began painting in 1928 and obtained the deserved recognition at the end of World War II. Germano and Diritti combine their energies to portray all the lights and deep shadows of the painter, and by the way the society that drowned him.

Instead, Johnny Depp, either by himself, or with the help of director and co-writer Andrew Levitas, has become one of the greatest photojournalists in history, W. Eugene Smith, passionate about black and white, the man in which the visual prestige of the magazine was based Life, one of the first portraitists who fought to participate in the edition – for him, fundamental – of his photographs, in a kind of Don Pantuflo, the father of Zipi and Zape. As it is. In 1971 Smith made his last major report on mercury contamination of the inhabitants of a Japanese fishing village, Minimata. In that population there were many children with cerebral palsy and neuronal problems because of the dumping of the chemical plant of the Chisso company, which between 8132 and 1968 threw 81 tons of mercury into the bay. Smith’s photos in Life they called the attention of the world and forced the company and the Government to indemnify and help the families, which did not happen until 1996. All this is wasted in Minamata. In his press conference, Depp has pulled an environmental vein: “When I first read what had happened and learned about mercury poisoning in that place, I found it impossible to believe. I was even more surprised by the fact that the consequences continue today. ”And for that,“ the film had to be made responsibly. ”Not even for those.

At least the competition kept another pleasant surprise, that of Argentina The fugitive, Natalia Meta’s second film, which stars in a film bending machine, which Érica Rivas embodies exceptionally, who after a traumatic episode during a vacation with her new partner, begins to confuse the real and the imaginary. Meta explained in Berlin that he wanted to show how “fantasy operates in reality” in a film that her actress has defined as “belonging to the new feminist wave.” The fugitive relies very freely on the novel The lesser sea, of C. E. Feiling, from which he takes, Meta said, “the idea that dreams have the same ontological level as vigil, and that in the fantastic there may be no border between good and evil.” The fugitive remember to Mulholland Drive, to the American terror of the eighties, to Enemy, to -by the use of sound- Berberian Sound Studio, according to its director, who acknowledged, however, not having seen the most obvious reference of his film: Rapture, by Iván Zulueta. And that share actress, Cecilia Roth.