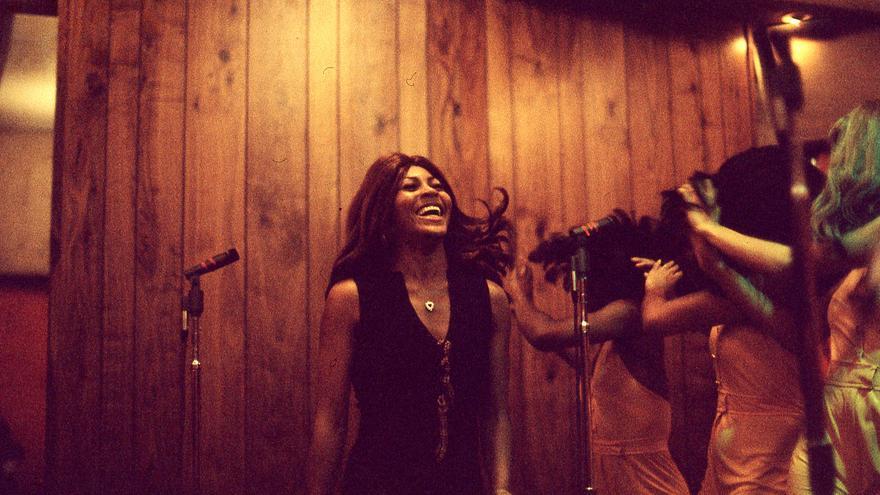 Berlin, March 2 (EFE) .- The 71st edition of the Berlinale premiered today “Tina”, the last chapter in Tina Turner’s long confrontation with her life, from her condition as an incombustible woman, but at the same time vulnerable, victim of the abuser Ike, her ex-husband.

Shot by Dan Lindsay and TJ Martin, the film, included in the Berlinale Special section and out of competition, responds to the classic scheme of any documentary about a star, although with a certain character of an allegation against gender violence.

Tina was an explosive and idolized tigress, queen of soul, but at the same time a woman at the mercy of a violent husband. 45 years after her divorce, her voice continues to break when she recalls that torturous marriage.

Ike Turner (1931-200) gave him his last name and it was his platform to fame. In return, he turned his private life into a hell of violence.

The documentary reviews the singer’s long sequence of hits, multimillion-dollar sales figures and successive private hits. From the childhood mired in poverty of the girl who was, then called Anna Maer Bullock, until the abandonment of her parents.

The origins of her musical career are linked to Ike, whom she met in 1958. From being one more girl in her group, she became its dominant figure and the leader’s companion.

Nothing is really new in the story of your life. His first confession about the mistreatment of Ike appeared in the 80 in the form of an article published in the magazine “People”, remembered in the film. At the time, it was difficult for him to decide to talk about it, explains Tina to the camera.

The documentary now released, in that virtual edition of the German festival, has something of a legacy. Tina Turner has lived in retirement in Switzerland for years, along with her current husband, the German Erwin Bach, producer of the film. She appears relaxed, almost removed from the image of the indomitable woman she was, sitting in an armchair in an elegant villa in Zurich.

But his eyes keep moving when he talks about the dramas of the past. Not just the marriage to Ike. Also part of his biography are suicide attempts, the difficult path to redirect his existence after his separation, or the burden, and at the same time media claim, of the Turner surname that he decided to keep as part of his stage name.

Always according to the canons of the genre, the documentary alternates archive images of its most legendary performances with previously unreleased material and interviews. There are also the contributions of some colleagues and colleagues from the past, such as Angela Basset and Oprah Winfrey, as well as the husband with whom she shares her life in maturity, next to a Swiss lake.

CAINE, FOSTER, PFEIFFER, OTHER FACES USA OF THE SPECIAL

Among the 15 contenders for the Bear in the Berlinale competition section, there is no US representative. The film industry is on the lookout, no one ventures into European face-to-face promotions nor are there formal invitations to try, from the German festival, given current uncertainties and travel restrictions.

It is not clear either how the face-to-face segment of the Berlinale will be. The virtual part ends next Friday; The festival management has scheduled what is called a summer event, from June 9 to 20, where the 166 films from its different sections must be screened before the public, in addition to those included in the official competition. The winners of the Bears will be announced this Friday, but they will be awarded in June.

In the Special section there are several important names from the US with films announced as international or European premiere. This is how Michael Caine will be seen starring in “Best Sellers”, a film directed by Lina Roessler, centered on a veteran author who continues to create with his old typewriter.

Also included in this section is “The Mauritanian”, the film by Scotsman Kevin MacDonald that has already given Jodie Foster a Golden Globe for her role as a lawyer for an alleged Guantánamo terrorist. Michelle Pfeiffer, meanwhile, will be a widow on the verge of bankruptcy in Azazel Jacobs’s “French Exit.”

All of them are part of the virtual program. That they arrive to be presented in Berlin, at the June event, in some other type of format or that their presence is limited to the catalog -obviously, also digital- is something that is not predictable right now.