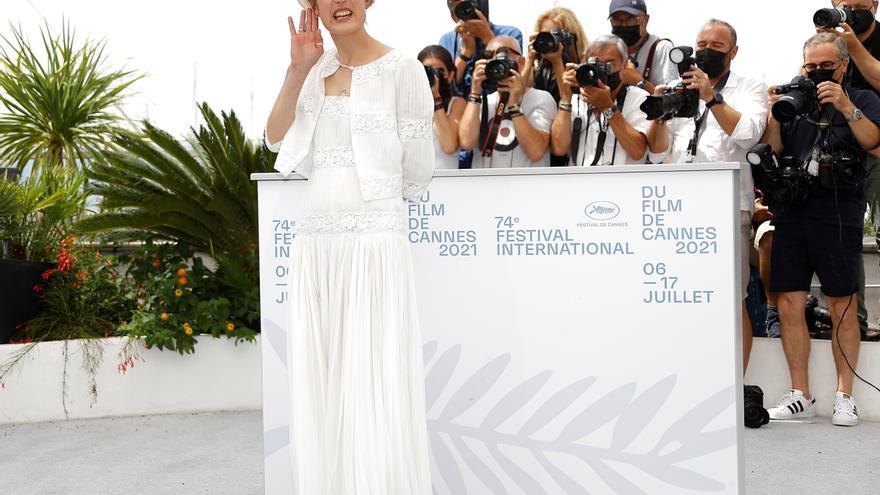 Cannes (France), Jul 12 (EFE) .- French director Mia Hansen-Love, presented this Monday in the official Cannes competition “Bergman Island”, a film with an original approach to the figure of Ingmar Bergman who has better intentions what good results.

The goal of the director was to make a film that spoke of creation. The idea, he explained at a press conference, came true when he thought of the island of Faro, where Bergman built a house in the mid-sixties and where he spent much of his life, until his death in 2007.

In “Bergman Island” a couple – Tony (Tim Roth) and Chris (Vicky Krieps) – come to Faro to spend a season writing and through them Hansen-Love tries to understand how the creation process works.

“Making films has always seemed a bit miraculous to me” and hence his desire to talk about a process that he carries out despite considering himself very fragile and vulnerable.

It is interesting, he added, “because despite this fragility, there is a force that allows me to move forward and write.”

Along with Roth and Krieps, who settle in Bergman’s house, there is a second couple, the protagonists of the story Chris is writing.

They are Mia Wasikowska and Anders Danielsen Lie, a couple when they were little more than teenagers, who meet again for the wedding of some friends.

A film with an interesting starting point but that loses all its charm once the places where Bergman spent his daily life have already been visited. Seeing his house, his bed or his kitchen is the most peculiar thing about the film.

“On my first visit to Faro I already had this project in mind but I did not know if the confrontation with the island and the possible intimidation would make me change my mind,” said Hansen-Love, who assured that although his films and Bergman’s are very different, his films have always “accompanied and fed” him.

For Tim Roth, the Swedish filmmaker was a cult figure whose cinematography he met in London when he was starting out in the world of acting. “We thought we were cool to see his movies,” he smiled.

But he remembered their landscapes, characters and stories and when this project came to him he saw it as something “extraordinary and magical” because it takes place today but also in the past through Bergman.

“The adventure started from the arrival in Faro, from when we met on the ferry. It is a place of peace and we had an easy existence during the six or seven weeks we were there,” said Roth, who took his children to the island and enjoyed a landscape that is peaceful and violent at the same time.

For his part, Krieps, who became known internationally with “The Phantom Thread” (“The invisible thread”, 2017), had seen some of Bergman’s works at the Luxembourg Film Library, but there was something about his female characters that it scared him.

So he decided not to see the films again and to face his role with the instructions of Hansen-Love and the experience of being in Faro.

“I was interested to see what would happen if he approached this job without knowing much and it has been very interesting because I have known his house before delving into the set of his work,” said the actress, who acknowledged having grown during the filming and, upon meeting more to the filmmaker, he feels closer to the women of his films.