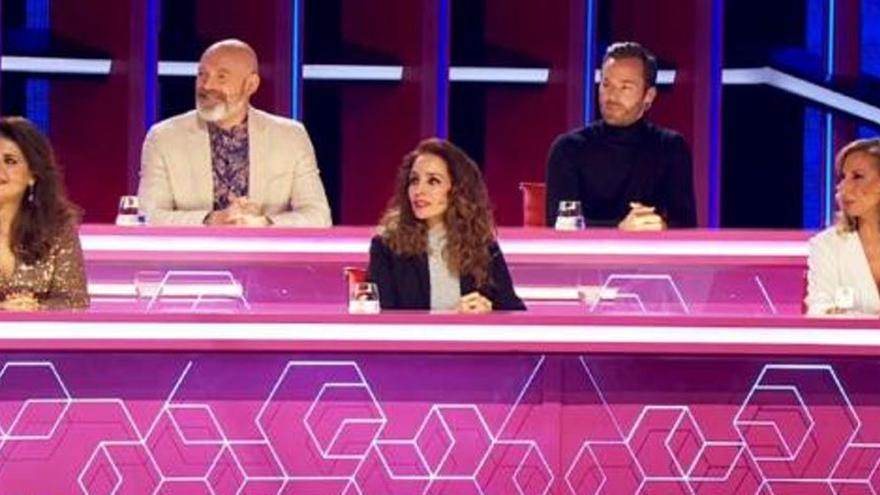 The controversial voting system of the benidorm fest decided by RTVEwith a trinity formed by a professional juryone demoscopic and one popular, had the apparent objective of eluding old trolls like the one that, promoted by the production company El Terrat and Andreu Buenafuente, ended with the election of Rodolfo Chikilicuatre as Spanish representative in Eurovision 2008; or the one that in 2010, and agitated from the Forocoches website, put the rapper and ex-convict John Cobra at the very gates of the festival. It was, therefore, about minimize the weight of the televote, it was not going to be that the common people returned to take the thing to pitorreo or something worse. To avoid this, he placed the main weight of the vote on a professional jury, made up of experts from the music business and Eurovision, and it was that disproportionate weight, of 50%, by only 25% of the demographic jury and 25% of the popular, the one who ended up deciding the controversial triumph in Benidorm of 'SloMo', by chanellbreaking the passionate forecasts that, at street level, almost a matter of state, they considered as absolute favorites 'Oh mom', from Rigoberta Bandiniand 'Terra', from Tanxugueiras. From the 'freak' joke to militant disenchantment.

In any case, appealing to the figure of Chikilicuatre is cheating, because between the 13 finalists of the Benidorm Fest (chosen from among 886 pre-candidates) there was no parodic or unwanted proposal, but 13 songs, some of them excellent, of all sorts of styles: from Javiera Mena's electropop to Rayden's rap-copla, from Blanca Paloma's new age balladism to retro -Varry Brava album, from Rigoberta Bandini's feminist pop to Chanel's European. So, Why so much fear in Benidorm of popular televoting? Its low weight, rather the excessive vote of the professional jury, has been one of the main reasons for the indignation that, in networks and life in general, has led to talk of “tongazo”, “pucherazo” and “trilerismo” when choosing a solvent but laboratory proposal like Chanel's, discarding the public's favorites, two icons of a certain women's revolution and multiculturalism like Rigoberta and the Tanxu. Denouncing, in short, that the decision of Chanel's final victory would already be marked, or almost, since before the first semifinal on Wednesday and that the rest of the show was a heartbreaking eurodrama for an audience that believed in vain that another Spain, another song, was possible.

things have not gone well

The fact that the professional jury has entered the swampy terrain of politics, with parliamentary questions about its method of election, or the assumption by RTVE of the need for changes in future editions of the Benidorm Fest, certify that the thing, Despite the supposed initial good will, it has not ended well. From the first night it was clear that the professional jurymade up of experts Natalia Calderón (singer, actress and vocal coach), Miryam Benedited (choreographer), Estefanía García (coordinator of the RTVE Orchestra and Choir), Marvin Dietmann (set designer) and Felix Bergsson (head of the Icelandic delegation in Eurovision), was going to be decisive. Suddenly they broke the deck and left the big favorites, Tanxugueiras, out of the final, who had to be rescued by televoting; and, at the same time, propelled the leadership to Chanel, to general astonishment, Well, little or nothing was known about the young Catalan artist of Cuban origin beyond her excellent interpretation, to the beat of the hip, of 'SloMo'.

In the second semifinal there were no surprises, because the professional jury awarded its maximum number of votes, here yes, to the other favorite, Rigoberta Bandini, the same as the televote would do. Thus, there were only three possible winners of the ticket to Turin: Chanel, Rigo and Tanxugueiras. The success among the public in their semifinal, and the predictable telephone mobilization, suggested that in the final they could take the 60 points awarded by the popular vote and the demographic vote, which could put them back in the game. But the professional jury, the one with the most weight, put them back in their place: fifth classified, with only 30 points, 21 less than Chanel, the absolute apple of her eye. And those 21 points would be, for the friends of the conspiracy, the key to everything:_in the worst case, and given the precedents, Chanel was going to be third in the total of popular and demoscopic votes, which would add 40 points, that is, 20 points less than the Tanxu. The fact that the 'pro' jury separated them from the start by 21 points gave Chanel the final victory, no matter what happened next. Eyes narrowed in suspicion. Is something weird going on here? Maximum Orchard, co-presenter of the festival, would have just added fuel to the fire of suspicion when on Sunday, in the program 'Socialité' on Telecinco, he focused on the three Spanish members of the jury, Natalia Calderón, Miryam Benedited and Estefanía García, chosen by the direction of RTVE, by assuring that the two foreigners, Marvin Dietmann and Felix Bergsson were 'on fire' with Tanxugueiras and Rigoberta. "I'll tell you what both Felix and Marvin were excited about Tanxugueiras, but of course, the vote is individual. If the others put them very low and vote very high for the other, there it is already dismantled," said the former Minister of Culture.

The total number of votes

Y Rigoberta Bandini? Its defeat was signed by the vote of the demographic jury, that opaque entity made up of 350 people chosen by RTVE as a representative of Spanish society, which in the second semifinal already relegated it to second position behind... Gonzalo Hermida. In the final, that same jury left her in third place behind the Tanxu and Chanel, and since it seemed clear that televoting was the territory of the Galicians, it was clear that the die was cast.

How many votes did Tanxugueiras, Chanel and Rigoberta receive from the call or the (old) SMS? It doesn't matter if the difference between them was tens, hundreds or thousands, because in the end it all came down to awarding 30 points to the first, 25 to the second and 20 to the third. In that sense, the real value of a popular vote diminished to the infinitesimal in comparison with that of each of the five experts of the professional jury; his weight in gold. In this case, the golden ticket to Turin and Eurovision-2022.

Who made up the demographic jury?

25% of the Benidorm Fest vote fell on the intriguing “demographic jury”, formed, according to RTVE, by a sample of 350 people “representing the Spanish population”. The members of the demographic jury, selected by the market research company IPSOS, came from all the autonomous communities, following a proportional order of inhabitants; and they were divided between men and women, classified, in turn, into two age groups, from 18 to 44 and from 45 onwards. The demoscopic jury system, whose purpose is to include a general public in voting that goes beyond the mere condition of eurofan, is also used in famous Eurovision song selection festivals such as San Remo (Italy) and Melodifestivalen (Sweden).