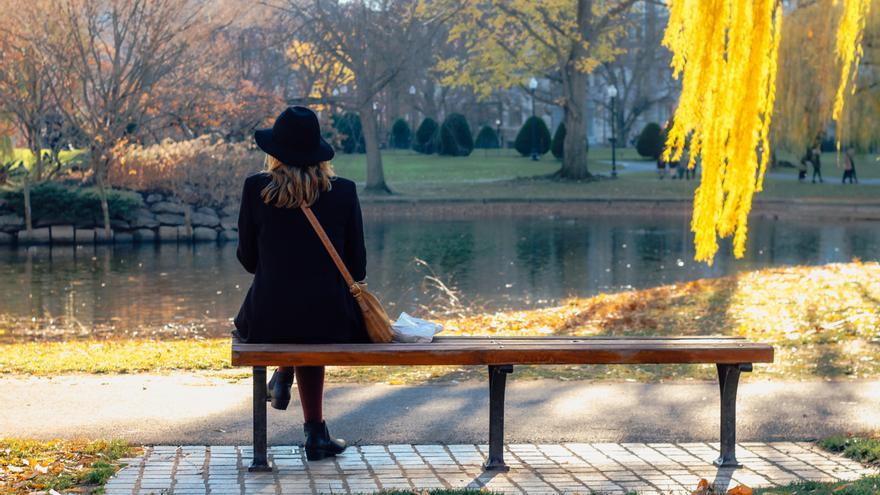 In 2020 it is not necessary to be a sailor or a pirate to have a love in each port. All you need is a sofa, a mobile device and an internet connection. The logics of dating – and even those of love – have been distorted (or evolved, depending on how you look at it) to the point that they would have seemed like science fiction no more than 15 or 20 years ago. Tinder makes it all possible. Where before there was a bar counter, now there is a screen and that makes courtship much easier, an activity that can be measured in degrees of efficiency. The bar of the bar forced the conqueror – or the conqueror – to look at someone and focus their efforts on pleasing that target, in the best sense of the word. Now it is no longer necessary. Now, the activity of flirting, the ‘flirting’, can be measured in practically business terms: “If I talk to a person”, Aitor may think, for example, “I have a chance of being successful.” But if you do it with ten, the guarantee of success increases, it grows exponentially. “What if I chat with 20?”

So, in that case – and also if you do it with 10, five or even two – the ‘benching’ may appear. The clinical psychologist Josselyn Sevilla defines it as “the practice by which one person has conversations with another, despite not being interested in it”. The ‘Plan B’ of a lifetime. The fact is that, although this ‘Plan B’ has always existed, the new technologies multiply its possibilities and, at the same time, the effects it can have on those who participate, often without knowing it, in the game. Sevilla insists that it is important not to pathologize the phenomena that arise from social networks ahead of time, but also recognizes that the victims of ‘benching’ – those who believe they are building a relationship with someone through ‘online’ flirting, but who in reality they are just one more chat among many others – they can develop problems of self-esteem, stress and insecurity.

“One of the things that people carry the worst is uncertainty,” slides the psychologist. It is a recurring feeling in relationships that are started online. In them, often, the two participants do not know each other other than by their Instagram, Tinder or Facebook profiles. “This uncertainty can lead to problems of mistrust in future relationships,” he completes. It is also very possible that the person who undergoes the practice does not realize and build in his head an unreal feeling of success and illusion that does not correspond to reality. What is really happening is that your interlocutor makes real efforts to conquer his ‘Plan A’, while the rest of the conversations he has, among which are several victims of ‘benching’, sit them on the bench , in case the holder fails. “What he wants is not to be alone,” says Sevilla. “Maintain the chances of reaping success in any of the cases.” In some way, turning to one of the people on the bench is, for someone who has suffered rejection, even a way to restore their pride.

From ‘benching’ to ‘zombieing’

There is, however, a kind of variation of ‘benching’, a ‘benching’ taken to its maximum expression. Let’s say that Aitor who had conversations with 20 people at the same time, suddenly remembers how well he had with his ex, with whom he ended up months or years ago. One night he decides to take matters into his own hands, reappear in his ex’s life as a ‘zombie’ and blurt out a: “Hi! How are you doing?” Social media experts have agreed to call this phenomenon ‘zombieing’. Somehow, it is as if that ex-partner had always remained on a kind of eternal bench to draw on when they come up badly. Obviously, taking the step of reconnecting with that ex in person – live and direct – would be very complicated, so Instagram is a perfect ally. On Instagram everything is much easier. Sevilla warns about the “emotional shock” that this reappearance can cause in the person who receives the message, who may have had difficulties to overcome the break and now has to face, again, his ghost.

Love, in short, was difficult when it was settled at the bar counter and it is now, when it is settled at the bar counter and on social media. Imagine, for a moment, that bar. 20 stools placed one after the other, with their long legs and red seats. In them, 20 girls –or boys– wait for Aitor to move forward with each of the conversations, but only one of them is preferred. Only one is in an equal relationship with him. That is ‘benching’ and that happens many times on Tinder or Instagram. The only difference is in digitality, in invisibility. “And it does not only happen with relationships”, warns Josselyn Sevilla, “the ‘benching’ can also appear in friendship relationships”. The case is not to be left alone, although for this the loneliness of a whole bench of people has to be put in check.