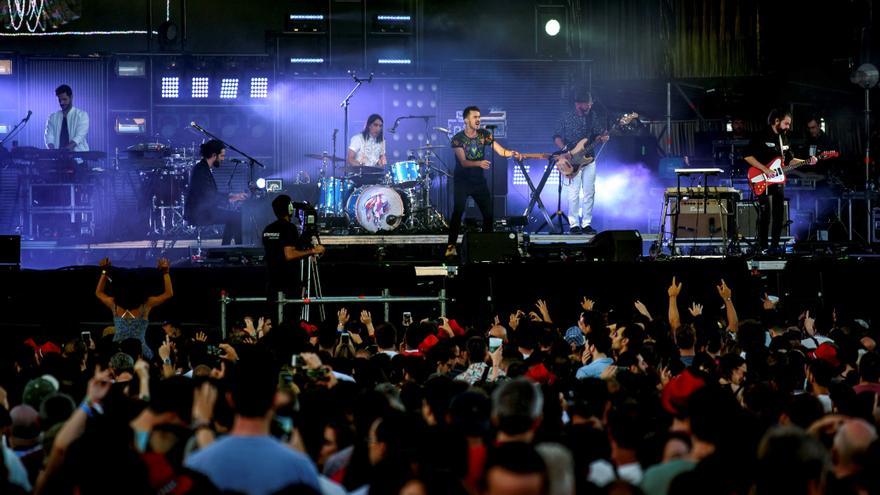 Castro Urdiales, Jun 1 (EFE) .- The first edition of the Sonic Festival, which will be held from July 16 to August 1 at the Riomar stadium in the Cantabrian town of Castro Urdiales, will feature 17 artists, including Ben Harper, Old Morla or Bad Gyal.

The Vice President of Cantabria and Minister of Culture, Pablo Zuloaga, the Mayor of Castro Urdiales, Susana Herrán, and Ernesto Castañeda on behalf of the organization of the festival have unveiled the poster of this festival that was born to become a benchmark on the map of music festivals in Spain.

International artists such as Ben Harper (July 25) or Bad Gyal (July 31), along with the Spanish Vetusta Morla (July 16), La MODA (July 23), El Drogas (July 17), Zahara (July 28), Lola Indigo (July 21) and Kase.O (August 1) are part of this first edition, where each of them will have a Cantabrian guest artist: Kerchak, Cantaebria, Stock, Copernicus Dreams, Drei, Mentaguay, Deva and Jaguayano.

"We bring a spectacular poster for the residents of the municipality to enjoy, but also for the thousands of visitors who will arrive in Cantabria throughout the summer," said the vice president.

In addition, he has pointed out that Castro Urdiales will host the first large-format musical event but that it will continue to have all the prevention, security and control measures against the coronavirus.

For her part, the mayor thanked the Government of Cantabria for its collaboration in holding the first edition of this festival in Castro Urdiales, as well as the organization of Sónica for holding this festival there.

"After the health crisis we have experienced, this 2021 is the year of hope, a year where thanks to the vaccination strategy we can begin to take off and achieve that long-awaited normalcy that we long for," Herrán said.

The organization of the festival has pointed out that it is a project that was born with a vocation to grow edition after edition and to be a reference at the Cantabrian and national level, which generates the arrival of new visitors as well as an "injection" at an economic level, locally and regional.

"This year the festival starts with very specific conditions at the health level that invite to generate safe culture and enjoy without forgetting at any time to keep active all the necessary measures and precautions to have the event safer," they added.

At this time, the capacity per concert is a thousand people but it may vary depending on what the Ministry of Health decides and how the epidemiological situation in the municipality and in the region evolves, "it will be what the last decree says."

In addition, due to the health crisis due to the coronavirus, combos will not be offered for the concerts.

Tickets for all concerts will go on sale next Wednesday, June 9, at 10:00 am, on the festival's website.