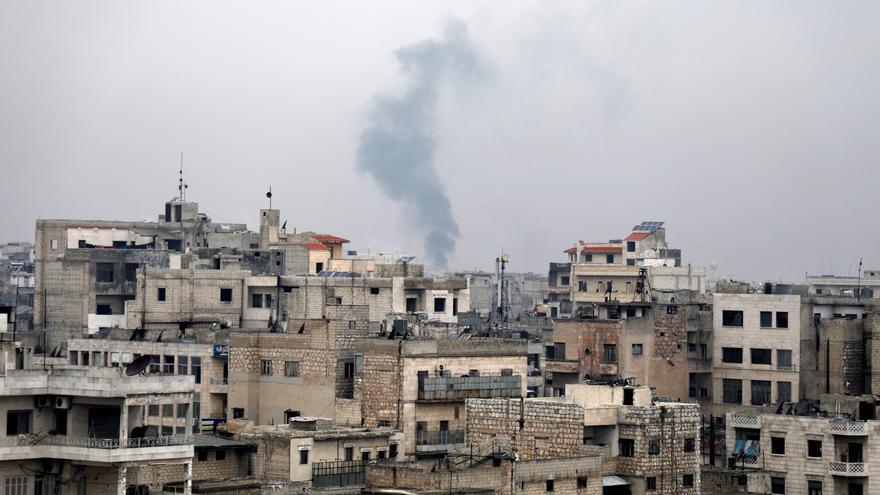 Tunisia, Apr 4 (EFE) .- The search for justice and the balance of power is the obsession that hides between the frames of each of the films of the director Kaouther Ben Hania, who talks to Efe about her latest work, "The man who sold his skin", the first Tunisian film in history to be nominated for the Oscars.

After being shortlisted in 2019 with her film "La bella y la herda", which tells of a real case of a young woman raped by several police officers and her struggle to obtain justice, the director takes another step towards the statuette that, she hopes, will give her help "keep making movies easier."

"I feel like when I obtained the selectivity, which allowed me to become an adult, leave my parents' house and become independent. Live in a different way. The feeling is something similar," she jokes in an interview conducted in the capital a few hours away of its world premiere.

A pride and a glimmer of hope after a difficult year, confesses Ben Hania, 43, originally from the southern city of Sidi Bouzid, the cradle of the revolution that ended two decades of dictatorship. With this new stage, he trusts, the world will see the "wonderful energy of creation in Tunisia".

IN A SYRIA RIPPED BY WAR

The also screenwriter tells the story of a Syria torn by war in which young Sam is willing to do anything to get to Europe to meet the love of his life and achieve his long-awaited freedom.

However, on his way he crosses a cynical artist who will propose a pact with the devil: tattooing a Schengen visa on his body in exchange for becoming a work sold to the highest bidder.

"We are living in a terrible period in which the circulation of merchandise is freer than that of humans: transforming Sam into merchandise I offer him the opportunity to materialize into a human being," boasts the artist, his savior and jailer, interpreted by the Belgian Koen De Bouw, in one of the most transgressive scenes.

A sober and sublime Monica Belluci also participates, in a secondary role as the artist's assistant, who serves as a common thread between two apparently antagonistic elements: the elitist world of art and the underworld of survival.

Although the filmmaker insists that her objective is not to raise awareness "there are issues that obsess me. Justice is the obsession of the human being because we live in an unjust world, it has always been like that and it will be. between dominators and dominated ".

YAHYA MAHAVI, AN AWARDED ACTOR WITH LINKS IN SPAIN

As in his three previous feature films, its protagonist, played by the Syrian actor Yahya Mahayni- award for best male performance at the last Venice Biennale- takes the viewer to the limit and pulls down that mirage of the "European dream" until at a crossroads.

"What helped me the most to prepare the role was the script, it was so well written that the inner contradictions and injustice in the world we live in were understood very well," explains Mahayi who, unlike his character, does not believe "being born on the bad side of the world".

"It is not just about where in the world we are born but in what family, what means we have, with what access to education. In this story what the protagonist is missing is a role, a simple visa," says Mahayi in a perfect Spanish thanks to his time at the University of Law in Granada.

Although the story seems like science fiction, it is inspired by the work "Tattooed Man", in which the Belgian conceptual artist Wim Delvoye made a tattoo to a young Swiss man that was sold in 2008 for 150,000 euros in exchange for being exhibited several weeks a year in the most important museums in the world and to recover his skin after his death.

A modern fable tinged with black humor and sarcasm, far from the victimizing discourse, in which the hero reveals himself against the system he dreamed of being part of to declare war on him: "I was always free".