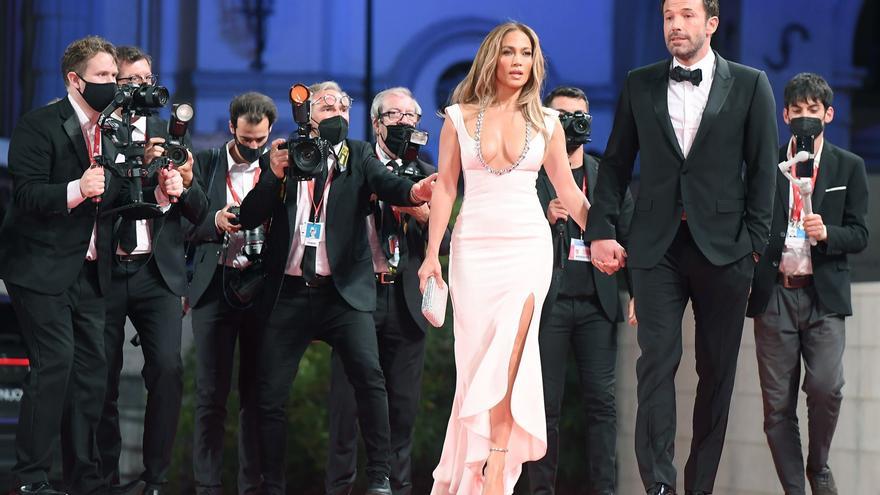 Venice (Italy), Sep 10 (EFE) .- Ben Affleck and Jennifer Lopez, the most acclaimed couple of the moment, have made their relationship official by parading together tonight on the red carpet of the Lido Cinema Palace, where they have attended the presentation of the last film of Affleck, “The last duel” (“The last duel”), directed by Ridley Scott.

It was the most anticipated image of the festival. At first, Affleck got out of the car, wearing a suit and a bow tie and posed for a moment only to then open the door to his companion, who appeared stunning in a long fitted white dress with a dizzying neckline and topped with jewels.

The actor and director of “Argo” and the Latin diva, actress and singer, have paraded together showing great complicity, with constant laughs and cuddles.

Then Affleck’s co-stars arrived, who in the film has a supporting role: Matt Damon, along with his wife Luciana Bozán, in a black strapless dress, and Jodie Comer, also in black, but with a chiffon neck dress. height and transparencies.

Lastly, Ridley Scott, director of “The last duel”, the film that is being screened at the Lido tonight, has joined out of competition to close this 78th edition of the Venice Film Festival.

Ben Affleck and Jennifer Lopez arrived in Venice on Thursday, where they were seen together in a water taxi and walking the streets of the city.

Their reunion in recent months, which has now become official, has caused much expectation since the couple met in 2003 filming “Gigli” and got engaged to be married, which never happened, as a year later the break was confirmed.

Since last May they have begun to be seen together again, shortly after the Latin star ended his relationship with former baseball player Alex Rodríguez and this summer they spent a vacation together on the Italian island of Capri.