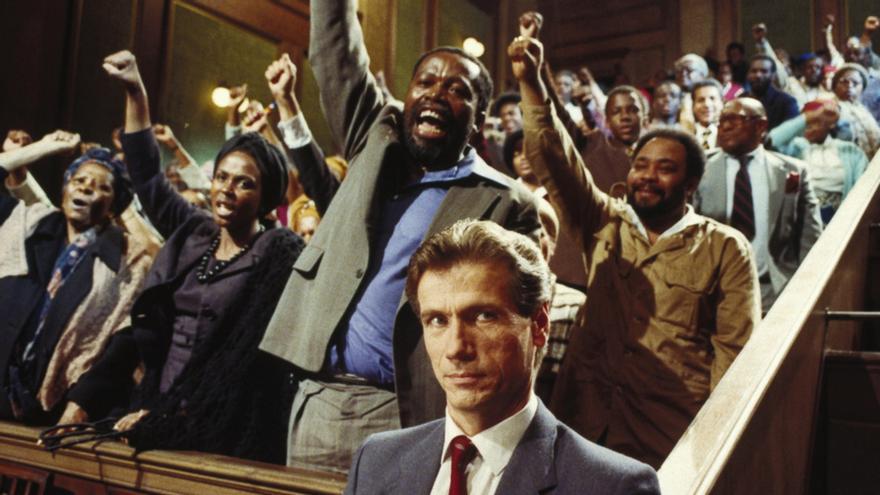 American Gloria Jean Watkins, better known by her stage name bell hooks (in lowercase), is a codename of anti-racist feminism and with a strong class component. His work had been reaching Spanish bookstores with some shyness, but it is recovering at an accelerated rate. Since last year, they have reached the liberas Am I not a woman? (Consonni), Feminist theory: from the margins to the center (Dream Traders), his experiential essay on pedagogy in an academic context, Teach to transgress (Captain swing), or All about love (Paidos). Now Dream Traders has published Eagerness. Race, gender and cultural politics, a compilation of articles.

The author began to be relevant in public life in the 1980s. It was a difficult time for feminist discourses. According to essayists such as Susan Faludi, there was a certain climate of reaction against the protests and the advances made during the cycle of movements in favor of civil rights for groups as broad as women or African-Americans. Even so, despite the fact that Hooks delivered her speeches in an adverse context, she was still incisive in the critical questioning of possible allies.

For example, the author’s criticisms of feminism are frequent White and ‘middle class’, who have considered blind or insensitive to the added problems of race or social class. Hooks’ work, on the other hand, tirelessly appeals to intersectionality, to a feminism that seeks to eliminate oppressions of gender, race, class and any other type, integrating all these causes into its agenda. And it points to the interconnectivity of that machismo, that racism and that economic exclusion or that rejection of the different ways of loving that social movements are trying to confront.

For hooks, intersectionality would not only be a political or human commitment to share concerns and add energy, but also a necessary strategy to face related problems that cannot be compartmentalized. The author generously exposes her ideas towards multiple legacies, from the community tradition and mutual support of grassroots communities to the concrete intellectual contributions of thinkers from the feminist tradition, African American or not, such as Audre Lorde, Adrienne Rich or Michele Wallace. The contributions that the author considers valid may also come from thinkers who are disputed due to their sexist inertias, such as the theorist of the anti-colonial struggle Frantz Fanon or the pedagogue Paulo Freire.

Eagerness gathers twenty-three hook texts. Most of them are relatively long articles, at least in a nonacademic journal context. The author wanted to use these most popular platforms to influence public debates without giving up one of her hallmarks: the incorporation of her own experience, personal memory (and family, neighborhood, town and Kentucky. segregated …), in a literature of ideas but which is also evocative, which is not only cerebral and which does not turn its back (quite the opposite) to the experience. It is about a subjectivity that distances itself from individualism and that constantly appeals to larger groups, to collective experiences.

Hooks also has in mind the concrete context of material circumstances. He tells us about his struggles with editors and academics to find spaces for his work without modifying it too much. And she is aware of the personal privilege that her position as a salaried researcher and teacher allows her to write long articles without fear that publications will reject them or publish them without remuneration. Her main objective with these texts, according to herself, is to use cultural criticism to “contribute to the work of ending domination and oppression in all its forms” and to “draw attention to alternative modes of creation, to the new ways of looking, thinking and being “.

Along the way, hooks poses a constant intellectual struggle, a struggle against simplistic readings. This does not imply that the author does not fall into some tempting generalization, but the deepening effort is permanent. And it implies that the essayist also confronts habitual attitudes in her own trench. The writer of Eagerness considers giving a voice to those people who suffer from oppression a priority to explain it knowingly, but is stirred by the idea that only these people can analyze or explain it. And that is compatible with showing discomfort at what the author considers an appropriation of African-American otherness by feminist essayists White.

Hooks also criticizes what he considers a certain uncritical reception to the achievements of African Americans in the cultural sphere. Filmmaker Spike Lee should also be questioned, although his personal success may be inspiring, his films have virtues, and his production company creates many needed workplaces. Why should Lee’s work be less scrutinized than Steven Spielberg’s and his audiovisual adaptation of The color purple? Should the contribution of the Black Arts Movement be idealized? With hooks, everything (or almost everything) must be subject to analysis and possible criticism.

Eagerness It deals with the narrative of African-American writers such as Toni Morrison (Hooks received her doctorate with a dissertation on her work). It also addresses the problematic issue of black masculinities, the racist archetypes that identified it with violence or a kind of savage sexuality, and also the realities of sexism and a tendency to substance addiction within African-American communities. It also deals with the spiritual and political path of Malcolm X, songs and video clips of Madonna as Like a prayer, or the making of bedspreads as a means of creation for African-American women and as a space for memory. All this is traversed by attempts to detect persistence of the ideology of white supremacism, inertias of colonialist or paternalistic (or maternalistic) mentalities, in contemporary societies. And because of the warnings about false starts, such as considering that the success of specific individuals confirms a supposed overcoming of structural racism.

Film productions, along with literary and theatrical creations, are covered throughout the book. Sometimes, they basically act as starting points, as inspirations for the essayist to contribute meditations with a certain manifest component. It should not be surprising, given the recognized commitment of hooks to political intervention with a revealing and transformative spirit, as well as their insistence on disseminating critical thinking in all possible channels and contexts, from informal talks to essays more or less appropriate to academic conventions.

In the last section of the book, on the other hand, there are many texts more strictly based on the reflection on a single work. They are articles that connect more with the usual notion of cultural criticism. Hooks comments on various films such as The sky over berlin, the first part of a diptych by German filmmaker Wim Wenders on guardian angels, highlights the patriarchal aspects of the narrative and what he considers a failed critical review of colonialism. He also expresses his doubts about the contribution that makes Do what you have toby Spike Lee. And it measures in a more positive way the results obtained with An arid white season, a drama about him apartheid South African, or Looking for Langston, a medium-length film that portrays the poet Langston Hughes.

Perhaps these pages of cultural commentary are the ones that allow a more accessible approach, at least for those most interested in the seventh art, to all the thought that hooks displays in his essays. It serves as a presentation of an incisive personality, often branded as too radical, too confrontational. All this although his work also has a high component of tenderness, of beauty that aspires to be accessible to all types of readers, and not only to academic elites … and of vindication of the possibility of joy in the fight, to despite the disappointments.